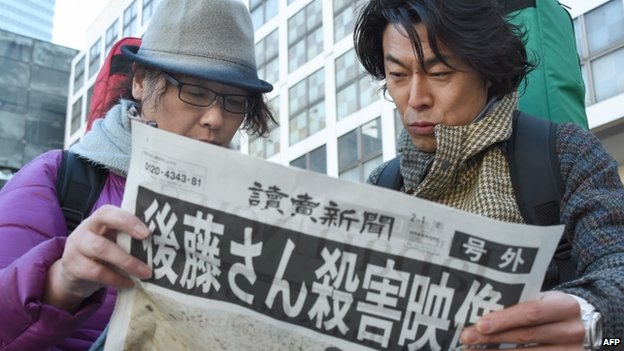 Japan woke up early on Sunday morning to the news of the death of Kenji Goto, whose apparent killing was shown in a video released by Islamic State militants.

Many first learned the sad news on Twitter, as they did when the hostage situation broke initially, although newspapers were also quick to bring out special editions on Sunday morning.

For many in Japan, this has been a tragedy unfolding before their eyes on social media, so it was only natural that they would respond on Twitter.

But the response has been mixed, as it has been since the beginning.

There is of course grief, anger, commiseration.

Many have joined in calls not to look at images of Kenji Goto’s killing, but to show images of Mr Goto as he did what he excelled in, reporting on the lives of ordinary people caught in the crossfire, caught in a humanitarian crisis. 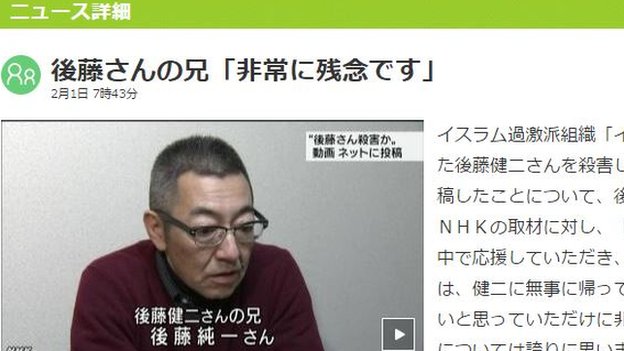 Junichi Goto’s response is seen as dignified and noble

Many people are asking news outlets not to create a media circus around the families of Mr Goto and another Japanese hostage, Haruna Yukawa, who was beheaded a week ago.

The reaction of Kenji Goto’s older brother. Junichi, has been widely praised on social media.

He began by thanking the Japanese government, the country of Japan and the world for their support, before concentrating on Kenji himself.

“As his older brother, I wish Kenji was able to come home and thank every one himself, and I’m most aggrieved this is not to be. I am proud of Kenji’s professional achievements, but, as his brother, I think this time his actions were careless,” Junichi Goto, 55, told broadcaster NHK.

His words are exactly the kind of family response Japanese considers dignified and noble in this kind of situation, touching on the very notion of “Japaneseness”.

Others are angry at Japanese TV stations that are repeatedly showing snippets from the murder video, calling it a direct terror threat against the Japanese people.

While many share the anger expressed by Prime Minister Shinzo Abe, some have pointed out that he only touched briefly upon the grief suffered by the two victims’ families and failed to refer to their achievements. 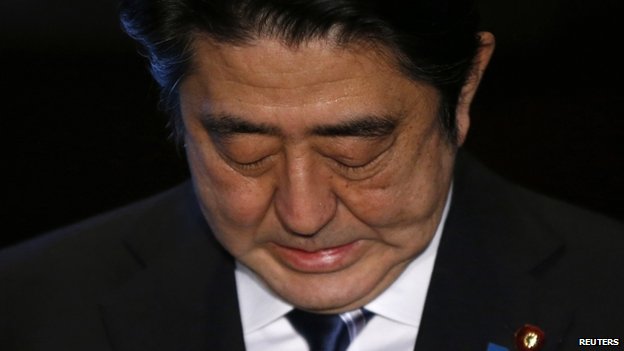 PM Shinzo Abe was visibly moved by the news, but some Japanese have been highly critical of his position

They highlight a contrast with a statement issued by the White House in which President Barack Obama said: “Through his reporting, Mr Goto courageously sought to convey the plight of the Syria people to the outside world.”

Ever since the news of the hostage situation broke, those who were already critical of the government have attacked the prime minister over his handling of the case.

Mr Abe admitted during a Diet session last Tuesday that the government knew of Mr Goto’s kidnap in November, well before the general election in December.

Some see the prime minister’s recent trip to the Middle East, including Israel, where he pledged $200m in non-military aid for the anti-IS coalition, as the immediate catalyst that gave the militants an opportunity to make their threats.

There has been popular criticism of the current administration’s efforts to change the interpretation of Japan’s pacifist constitution to allow the “exercise of the right of collective self-defence” abroad.

Now there are concerns that the government might use the killings and renewed IS threats against Japan to step up those efforts and make it possible to send the Self-Defence Forces abroad in a military capacity to participate in the fight against terrorism.

The majority of online opinion in Japan had been urging all steps to be taken to achieve the safe release of Mr Yukawa and Mr Goto, while being fully aware of the dangers of satisfying demands from militants. 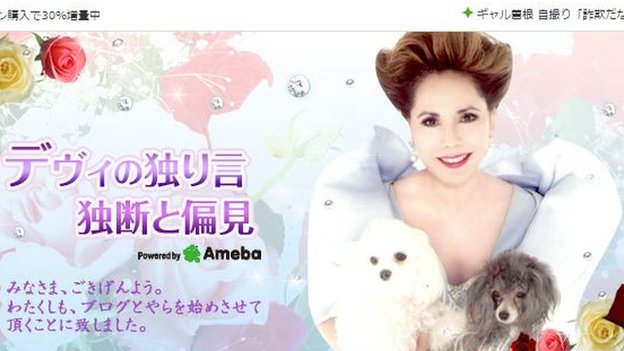 On the other hand, there were some that admonished the hostages, saying they went at their own risk.

Most notably, the famous television personality “Mrs Dewi”, the Japanese wife of Indonesia’s first President Sukarno, wrote in her blog on Thursday that the hostages were “a huge nuisance” to Japan and to Jordan and that if possible she would tell Mr Goto “to kill himself”.

This has created a storm of criticism against this TV pundit known for her strong and often extreme opinions, but more than 11,000 people have pressed the “Like” button for this blog article on Facebook.

However, there has been an effort on social media, as well as in the traditional media, to stress how the small Muslim community in Japan is in solidarity with the hostages and has condemned the barbarous acts of IS.

On 22 January, soon after the initial hostage news broke, the Islamic Centre Japan released a statement calling for the release of the hostages and condemning ISIS.