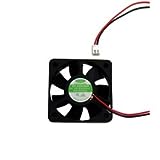 (Recasts, adds details on the department’s oversight commission)
By Daina Beth Solomon
LOS ANGELES, June 5 (Reuters) – The Los Angeles police chief and an independent watchdog have determined two patrolmen were justified in the shooting death of unarmed black man Ezell Ford last year, the L.A. Times newspaper reported on Friday, citing unidentified sources.
Department investigators found evidence indicating Ford had struggled for control of one of the patrolmen’s gun, supporting the account the officers gave after the incident, the newspaper cited two sources as saying.
The department’s inspector general, Alex Bustamante, also found the shooting justified, but faulted the officers for the manner in which they approached Ford in the moments before the shooting, the Times reported, citing the sources.
Los Angeles Police Department spokeswoman Jane Kim said the department would not offer any comment ahead of a Police Commission meeting on Tuesday, when the civilian watchdog group is scheduled to weigh the use of deadly force and the officers’ behavior.
The newspaper said Beck will recommend to the oversight commission that the officers be cleared of wrongdoing.
Bustamante will recommend the panel fault the officers for their tactics based on the findings of his own investigation. The board makes a final ruling, the newspaper said.
Two officers shot Ezell Ford, who was 25 and described by family attorneys as mentally challenged, on Aug. 11 last year after he struggled with one of them and tried to grab the policeman’s holstered service revolver.
Ford’s death came two days after the fatal police shooting of unarmed black teenager Michael Brown in Ferguson, Missouri, that triggered a wave of protests alleging excessive use of force by authorities.
Ford’s death was also greeted with street demonstrations and the family filed a federal lawsuit over the shooting, seeking $75 million in damages.
In March, Ford’s parents filed a second lawsuit against the police department and city, alleging their son was targeted for excessive force because of his skin color. (Reporting by Daina Beth Solomon in Los Angeles; Writing by Eric M. Johnson; Editing by Will Dunham & Kim Coghill)