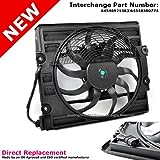 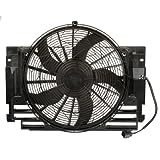 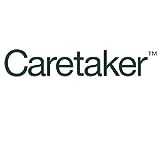 Ford is offering big deals on most of its new vehicles, including the F-150 pickup, in the final two months of the year, according to a guide provided to dealers.

The “Friends and Neighbors Pricing Event” is scheduled to start Nov. 3 and run through Jan. 4, according to the guide seen by the Detroit Free Press.

“This is truly a rare deal that we can leverage into huge sales and maximized profits,” the guide says in a conclusion attributed to Dave Mondragon, director of U.S. sales, and Chantel Lenard, director of marketing.

The leaked plans come a day after CEO Mark Fields said on an earnings call Tuesday that the automaker is in a position to offer incentives on new vehicles such as the F-150 because it is in full supply again. The deal applies to new 2014 to 2016 model-year Ford vehicles with the exception of some performance vehicles and large commercial vehicles. There is no mention of deals for the Lincoln brand.

The guide, with an introductory letter from Mark LaNeve, vice president of U.S. marketing, sales and service, says buyers will be eligible for the same lower prices offered to Ford friends and neighbors, which is a set amount and removes haggling. Customers can go online, see the Friends and Neighbors price — also known as the “X plan” and take that to their dealer for savings that can range from a few hundred dollars to a few thousand.

Some vehicles will also have additional incentives. The deals will still not be as good as those who quality for the “A plan” that applies to Ford employees.

Additionally, dealers get more money for selling vehicles during the term of the program.

And there will be extra discounts on Black Friday — the day after Thanksgiving — and also late in the year when the automaker will be looking to boost its final sales tally for 2015.

LaNeve tells dealers there will be a full advertising campaign with Ford employees as the stars. The ads push the message that Ford is offering an inside deal for everyone.

“We look forward to big sales and a strong close to the year,” LaNeve writes.

Ford saw some sales and market share drops in the first half of the year when it did not have enough supply of new vehicles such as the F-150 and the new Edge crossover. Sales of small cars and hybrids have also been affected by low demand for fuel-efficient vehicles during a period of low gasoline prices. Fields has been reassuring investors that Ford will catch up in the second half of the year.