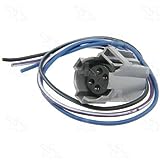 Port Vila – Villagers in Vanuatu buried
food and fresh water as one of the strongest storms on record bore down on
them, fleeing to churches, schools and even coconut drying kilns as 300km/h
winds and massive seas tore their flimsy houses to the ground.

Despite reports of utter devastation six
days after Cyclone Pam pummelled the impoverished South Pacific island nation,
Vanuatu appears to be providing something of a lesson in how to survive a
category five storm.

The United Nations says the official death
toll is 11. Many officials anticipate that number will rise once they are able
to more thoroughly inspect the outer islands of the scattered archipelago.

Still, the absence of a much higher toll
has amazed aid workers and those who lived through it.

“It’s absolutely unbelievable the
death toll is so low,” said Richard Barnes, 43, a property valuer from New
Zealand who has lived near the capital Port Vila, on Efate island for seven
years.

Two days ago, a helicopter flight over the
north of Efate revealed scenes of total devastation with at least one coastal
village destroyed and no sign of life.

When visited a day later, dozens of
villagers were back rebuilding with what materials they could find and
reporting only one injury, said Barnes, who was on Cayman Island in 2004 when
Hurricane Ivan hit.

“Everyone is just getting on with it,
which was different from Cayman where everyone just sat around waiting for something
to be done,” Barnes said.

“In very few places that I have worked
have I seen such a resilient population,” Rhodes Stampa, who has worked in
major disaster sites including the Philippines after Typhoon Haiyan, told
Reuters in Port Vila.

Perched on the geologically active
“Ring of Fire”, Vanuatu suffers from frequent earthquakes and
tsunamis and has several active volcanoes, in addition to threats from storms
and rising sea levels.

Ben Hemingway, a regional adviser for
USAid, said aid organisations like his had been working with the Vanuatu
government for years on disaster mitigation.

“It’s a testament to the investment
the international community has made. If you look at the days before the storm,
the message got out on the power of the storm and what to do to protect
yourself. People did heed those warnings.”

Many villages are built further back from
the shore to avoid storm surges and tsunamis, and most have at least one sturdy
building to retreat to. Even the spreading roots of banyan trees that have
survived centuries of storms are also sometimes used as shelter if houses are
destroyed.

“Community level disaster risk
reduction is as easy as giving people good information, basic skills to make
their traditional structures more safe and to know what to do in the immediate
aftermath,” Hemingway said.

“It saves lives and gives us time as
the international community responds.”

Some villagers survived Pam by sheltering
in a kiln used to dry coconuts and make copra, one aid official said.

With a strong early warning system and a
population well used to cyclones, people in the capital Port Vila prepared by
weighing down corrugated tin roofs with cinder blocks, sandbags or logs. On
small isolated islands, stock piles of coconuts, fruit and water were buried to
enable villagers to survive several days, residents and aid workers said.

Latrines are dug ahead of storms and lined
with palm fronds to prevent contamination of water supplies.

Vanuatu, one of the world’s poorest
nations, is a sprawling cluster of more than 80 islands and 260 000 people, 2
000 km northeast of the Australian city of Brisbane.

Aid workers are now trying to get aid to
isolated islands where airstrips, ports and communications are extensively
damaged. Two helicopters were onboard a French frigate leaving nearby New
Caledonia on Thursday.

Near Port Vila, shopkeeper Diana Varu, 40,
survived by running from house to house as winds tore the roofs off, finally
sheltering with her two children and 16 others in a neighbour’s home.

“I’ve never seen a storm like that. My
nine-year old boy Sam panicked and cried,” she said.