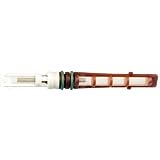 Detroit has been in need of a new G.M. since firing Martin Mayhew halfway through the 2015 season, after a disastrous 1-7 start. The Lions ended up going 6-2 the rest of the way, suggesting that the roster Mayhew had assembled was perhaps not quite so bad, and Quinn may not have quite as big a rebuilding effort as it initially looked.

Now he’ll take on a tough job in Detroit.