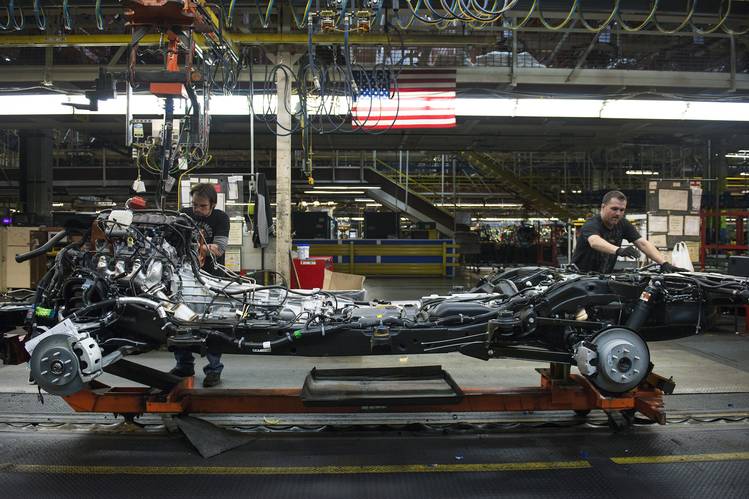 Top U.S. and Japanese auto makers are losing out on hundreds of millions of dollars in potential cost savings because of lackluster relationships with their parts suppliers, a new report claims.

Four out of the six auto makers operating manufacturing plants in North America experienced erosion in their supplier rapport over the past year, according to an annual survey of the parts makers. Nissan Motor Co.
NSANY


, which is fighting to lift its market share, posted the biggest drop as it intensified the pressure on its parts makers to reduce their prices, the report said.

“Given their financial performance, this is the time when the auto makers should be building good relationships, but we just don’t see that happening on the level it could,” said John Henke, president of Planning Perspectives Inc. which conducts the annual Supplier Working Relations Index.

The consulting firm polled 647 salespeople from 492 top suppliers. It is the 16th year the company based in Birmingham, Mich., has polled suppliers.

“We have said time and time again, if you work with the suppliers you benefit,” Mr. Henke said. “You only have to look at General Motors Co.
GM

GM was the only auto maker to record a significant gain. That improvement, Mr. Henke said, resulted in suppliers contributing more than $3,000 to the profit GM realized on every vehicle manufactured and sold in North America last year. The figure is based on price concessions and other nonprice benefits, such as getting first-dibs on the latest technology offerings.

“We turned the tables on our suppliers last year and we asked them to tell us what we were doing that they didn’t like,” GM purchasing chief Steve Kiefer said. Mr. Kiefer joined GM in 2014 after working at parts maker Delphi Automotive
DLPH


PLC. “We have also been much more flexible not only in awarding long-term contracts that cover two generations of a vehicle but also when it comes to exclusivity agreements. With some of these newer tech suppliers, exclusivity can be a problem. But there are ways to work around it.”

Striking a relationship between auto makers and parts suppliers has always been difficult. Auto makers need cost concessions to help their bottom line. Yet they also need the latest technologies, which cost more to produce. Suppliers, meanwhile, must generate profit in order to invest back in the business. The auto industry is being tested further with the arrival of more high-tech companies that don’t want to follow traditional contracts or tie themselves to one company.

Overall, GM reported the biggest index-score increase, jumping to 250 from 224 the previous year. The move put the auto maker in fourth place overall, but it only brought the auto maker back to the level it held in 2013. The highest-possible index score is 500.

Nissan fell 19 points to 225, putting it close to tying the 222 of last-place Fiat Chrysler Automobiles
FCAU

“Suppliers continue to play an important role in Nissan North America’s growth where we have achieved record sales and production,” Nissan said in a written statement. “We will use the study’s insights to work collaboratively with our supply base on continuous improvement.”

Fiat Chrysler, meanwhile, has improved many of its internal processes but those processes still lag behind those of its competitors, Mr. Henke said. On Tuesday, the auto maker shook up its quality and purchasing teams. Scott Thiele was named the auto maker’s chief purchasing officer, succeeding Scott Garberding. Mr. Garberding was promoted to head of global and North America quality. Mr. Thiele also assumed responsibility for North America purchasing from Tom Finelli, who took over the job in 2014. Mr. Finelli became head

The auto maker said in a written statement that it views all surveys “very seriously.” The company said it had taken action in areas suppliers have pointed to as problematic, but it is too early to see the results.