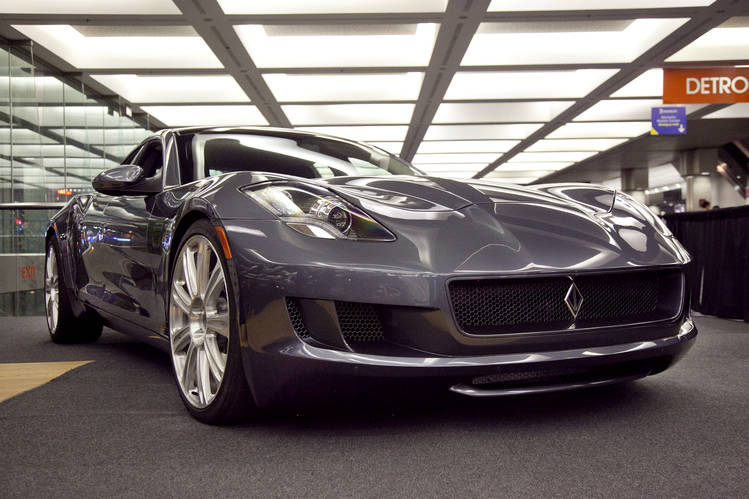 Mr. Fisker makes official an emerging partnership that began to take shape in 2013, when the three men teamed to present the VL Destino, a 638-horsepower car born out of Mr. Fisker’s scrapped effort to build an electric vehicle, at that year’s Detroit auto show.

The newly minted company will be based in Auburn Hills, Mich., with Mr. Lutz as chairman, Mr. Villarreal as chief executive and Mr. Fisker heading design.

The company is slated to present a redesigned Destino and a second car, the Force 1, at the coming auto show.

VLF expects to have seven dedicated dealers in the U.S. with several more overseas this year. The Destino V8 retail price starts at $229,000.

Mr. Fisker earlier this week filed a $100 million civil suit against his former employer Aston Martin, which he claims is trying to prevent him from showing his new car.

The suit claims civil extortion, asking for punitive damages of $100 million, and declaratory relief, which asks the court to declare whether Mr. Fisker’s new car design infringes on trademarks owned by Aston Martin.

Mr. Fisker had joined Aston Martin in 2001 and worked there through 2004, designing the V8 Vantage and the DB9. He left the company to start his own electric-car business, Fisker Automotive Inc., which raised $1.2 billion in venture capital and a $192 million federal loan before filing for bankruptcy. He resigned from Fisker Automotive in 2013.


Ford and Chrysler over the course of a 47-year career. The 83-year-old Mr. Lutz stepped down from his position at GM in 2010.

Write to Ezequiel Minaya at ezequiel.minaya@wsj.com