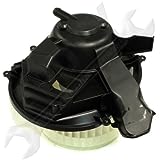 Fiat Chrysler CEO Sergio Marchionne may believe he’s solving some problems by deciding to set up the company’s global headquarters in London, spurning Fiat’s traditional location in Milan, Chrysler’s headquarters in suburban Detroit and even the once-discussed possibility of locating the global entity in New York City.

But Marchionne also may have grabbed a tiger by the tail. U.S. Sen. Carl Levin, a Michigan Democrat, could be getting on Marchionne’s case very soon. That’s because Levin this week vowed to legislate against U.S. companies shifting their legal addresses overseas to avoid American taxes.

“It’s become increasingly clear that a loophole in our tax laws allowing these [tax-avoidance maneuvers] threatens to devastate federal tax receipts,” Levin said in a statement. “We have to close that loophole.”

Pfizer Pfizer was Levin’s immediate target, because the pharmaceutical giant has expressed a desire to trade in the U.S. corporate-tax rate of 35 percent for the coming U.K. rate of 20 percent as a main piece of its rationale for hotly pursuing a takeover of and merger with London-based AstraZeneca AstraZeneca.

Marchionne said months ago that the United Kingdom would become Fiat Chrysler Automotive’s official headquarters, and he identified tax avoidance as the main reason, without being all that clear about what national taxes he was most hoping to avoid. Italy’s corporate tax rate is 31.4 percent.

But until this week he hadn’t specified London as the intended headquarters city. Marchionne also said this week that the company would locate “the board, my office and some of my functions” in the U.K.

The picture also may have changed significantly with Pfizer’s actions — and the response to them by Levin and others.

“Companies that exploit this loophole benefit from the protections and services the federal government provides, including patent protection, research and development tax credits, national security and more,” Levin said. “They shouldn’t be allowed to shift their tax burden onto others.”

Would such federal “protections and services” also include the $7.6 billion that U.S. taxpayers ultimately doled out for the 2009 bailout of Chrysler, and the benefit of handing its carcass to Fiat? And would this be the kind of “tax burden” that Levin has in mind?

In light of his concerns and how he expressed them, it seems logical that Levin and other politicians wouldn’t allow Marchionne and Fiat Chrysler to slip through the snare they are trying to construct to catch companies in the act of “inversion” to escape U.S. corporate taxes.

In response to my query specifically about how Senator Levin might apply this philosophy to the situation of Fiat Chrysler Automotive, an aide to the senator shared Levin’s response. It seemed to indicate Fiat Chrysler wouldn’t be singled out in this area, either in exclusion or in pursuit:

Also as part of his concern about Pfizer’s actions, Levin has noted the drug company’s track record of slashing operations in some places to consolidate and expand them elsewhere. In that way, Pfizer already victimized Ann Arbor, Mich., where the company eliminated hundreds of high-paying tech jobs in shutting down a major research center a few years ago.

Who’s to say a London-domiciled Fiat Chrysler wouldn’t do something similar in Michigan, at some point? It’s more than likely that the company would always maintain a huge research, engineering, manufacturing and marketing presence in Michigan, where it has invested billions of dollars in bulking up again after the near-death experience of 2009.

But economic development — and decline — occur first at the margins, and that’s where Fiat Chrysler in Michigan could be hurt in the future by having to report to a headquarters in London.