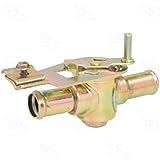 Fiat Chrysler Automobiles CEO Sergio Marchionne questioned General Motors’ decision this week to sell most of its European operations and indicated that he may still seek a tie-up with the rival automaker, according to various media outlets.

Marchionne, who made his comments at the Geneva International Motor Show  today, said the return on invested capital did not justify the terms of the sale to France’s PSA Groupe, according to CNBC.

GM said Monday that it would sell its Opel and Vauxhall brands in a deal worth $2.2 billion, effectively ending its nearly 90-year presence in Europe but also helping it shed a consistent money loser.

“There’s no doubt that I think Mary (Barra, GM CEO) and her team are focusing on improving the profitability of the house and this is seen as a quick fix to a problem which has been sitting inside GM for a long time,” Marchionne said, according to the network. “I understand that they (GM) want to get out just to get rid of the problem, but you may have thrown out the baby with the bathwater.”

Marchionne, however, said the door remains open for a possible FCA tie-up with GM, despite a reduction of synergies because of the sale which he estimated at 15%, according to a Reuters report in Automotive News.

“I never close any doors … I may shamelessly try knocking on the GM door again, or any door, if I thought it was a good thing to do for the business, without even blinking, I could,” Marchionne said, according to the report.

GM to sell Opel, Vauxhall to PSA Groupe for $2.2 billion

A look at the history of Opel and Vauxhall, the European brands GM is selling

While Marchionne was critical of GM and its decision to exit Europe, most Wall Street analysts praised the deal. Barclays’s analyst Brian Johnson, in a report on Monday, said GM’s decision to sell Opel and Vauxhall was a smart strategic move.

“While GM is effectively paying PSA to take Opel/Vauxhall off its hands, we think the larger implications make this deal a positive for GM, as it allows GM to de-risk while increasing focus on the parts of the business that matter most,” Johnson said.

Johnson said the deal frees GM to invest more money in places where it can make greater profits.

“It shows GM continuing to execute the basics of capital allocation by divesting a poorly positioned business in a structurally unattractive market, allowing it now to focus on areas that matter more to its long-term success …and relatively little lost in shared engineering expense,” Johnson said.

Marchionne, who has long touted the need for auto industry consolidation, said the sale of the GM brands to the maker of Citroen and Peugeot raises the prospect that Volkswagen could approach FCA about a possible tie-up, according to a Bloomberg report in the Detroit News.

“I have no doubt that at the relevant time VW may show up and have a chat,” Marchionne reportedly said, noting that the deal with PSA “threatens VW most, creating a No. 2 on its heels.”