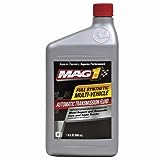 FCA CEO Sergio Marchionne has waved the flag, again, for his long-term merger goal, but his idea that maybe a marriage would work with Ford or GM seems to have quickly died away.

Meanwhile poor underlying profitability at Chrysler, even as its sales boom, has raised doubts from investors. Marchionne might be running out of merger candidates.

FCA has been linked with just about all of the world’s mass car manufacturers over the years including Volkswagen of Germany and France’s Peugeot Peugeot. The list is close to exhaustion given that the latter’s compatriot Renault Renault already has an alliance with Nissan of Japan. Fiat, before it acquired Chrysler and became FCA, already had an ill-fated alliance with GM, which also flirted briefly with Peugeot, with which it still has small production agreement.

But Marchionne mustn’t give up yet. After all Mazda, Subaru, owned by Fuji Heavy Industries Fuji Heavy Industries, and family owned Suzuki of Japan are still out there strutting their stuff independently, while Tata of India owned and British based luxury car maker Jaguar Land Rover might be in the mood for a merger if they see the future threatened by lack of size and resources.

If Marchionne is to attain his crucial to survival six million sales a year, he might have to go for more than just one of these.

Fiat makes the Renegade for Jeep at a factory in Italy

Marchionne has called for a new round of mergers in the global auto industry. Last year he said there was potential to form a new leader, and wants other carmakers to join in. The costs of new technology make it imperative that overcapacity is cut. If this isn’t done, the industry won’t be able to earn the returns to support the required investment.