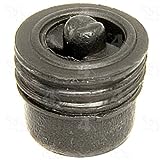 We may not know what Lions owner Martha Firestone Ford thinks about her current football operation, since she’s only spoken once since taking over the team, and that was before they got off to a 1-6 start.

But we can gather, in general, that she’s not opposed to taking on tough situations head on.

Via Dave Birkett of the Detroit Free Press, NFL Commissioner Roger Goodell got first-hand confirmation of that.

Asked about Ford’s displeasure with the blown call that might have cost them a game against the Seahawks, Goodell said she was direct.

“She didn’t have to call. We were face to face,” Goodell said. “We don’t talk about [what was said], but she made her point clear. And we made a mistake on that. We’ve made that clear.”

The timing was fortunate, since they were gathered for an owners meeting in New York the day after that game. But Goodell said the 90-year-old had done a “terrific job” since taking over for her late husband William Clay Ford.

“She’s terrific,” Goodell said. “I just had dinner with her the other night at one of the events and she stands up and speaks at the meetings. She’s well informed. We talk on the phone from time to time about different issues. She’s a remarkable woman and someone that I think understands the NFL, has a passion for the NFL and has done a terrific job.”

Her team, thus far, has not. We’ll see if she has any more patience with coach Jim Caldwell and General Manager Martin Mayhew than she does Goodell and his officials.