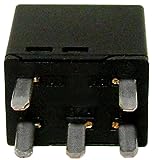 $17.99
Home › Blog › US Automotive News › Maybe The Honda Civic Si Doesn’t Know What It Wants To Be Anymore – Jalopnik

I don’t think I’m being unfair when I say that the Honda Civic Si isn’t especially relevant in the performance car game anymore. What used to be the ideal platform for tuners and autocrossers (or both) has turned into merely a sporty Civic with a great gearbox. But does that make it a bad car? Absolutely not.

Regular Car Reviews ponders what the 2014 Civic Si is supposed to be these days. Is it a commuter car? A family car? Something for teaching your kid to drive stick, or talk their way out of speeding tickets? Eschewing turbos like its many competitors, it’s not a balls-out cheap sport sedan or hatch, like a Ford Focus ST or a Mazdaspeed3 or a Subaru WRX.

But it still has a lot to be enjoyed. There’s the famously great six-speed manual, the revvy VTEC character, and “an interior that’s as roomy as a womb after one twin eats the other in utero,” which is the kind of description only Regular Car Reviews will bring you.

This particular Civic Si is owned by Jalopnik reader and Opponaut Thunder, and it’s his second Civic Si. Obviously, it’s getting the job done for him, so maybe the Si deserves more credit from enthusiasts than it presently gets.

The real good news is that America is finally getting the Civic Type-R in a few years, so the hardcore will have that to look forward to. Maybe some of its turbo magic will trickle down to the Si as well.