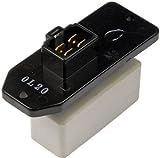 $12.65
Home › Blog › US Automotive News › Mazda improves its steering and nobody will ever know – CNET

Mazda improves its steering and nobody will ever know – CNET

Mazda is so crazy-focused on making its cars feel like an extension of the driver’s body that it has invented a whole new steering system so subtle that nobody will consciously notice it. Ever.

You see, pulling torque makes the car dive, transferring weight to the front wheels, increasing grip and making the steering more responsive. When GVC senses a constant steering angle, as opposed to an initial input, it restores torque, putting the weight back towards the rear wheels.

To experience GVC, Mazda invited me to its SkyActiv Driving Academy at Mazda Raceway Laguna Seca. While that sounds like a lot of fun, my time on the track was spent driving a Mazda6 with the cruise control set to 30 miles per hour, following the left white line and concentrating on any tiny steering inputs I made.

While on the track, GVC was most noticeable on the front straight, where the engineers had set up a very narrow lane for us to drive in. With the top center of the steering wheel marked, I could easily see that fewer corrections were needed to keep the car straight, and when they were necessary, they weren’t as large.

After the track drive, Mazda wet down part of an oval in the paddock area. With the cruise control set to 30 miles per hour (to keep me from doing any correcting by varying my speed), I was able to correct for understeer in the wet very easily. Of course, it wasn’t that difficult to do with the GVC turned off, but the difference was there.

It was very tough to tell any difference in responsiveness out in the real world. We took a drive up and over a winding road just outside the track, and by sampling the road with an active right foot, I felt the Mazda6 was just as smooth with or without the GVC engaged. However, my driving partner said he could see I was making fewer small mid-corner corrections with the GVC active.

I can’t overemphasize how subtle, unconscious even, this feeling is. The Mazda6 is no slouch in the steering department already, and the improvements are so very slight it’s tough to say if the eight years of R&D will even be worth it for Mazda.

The company hopes to add the software upgrade as standard across most of its 2017 model cars. GVC will not be defeatable in production cars, as it was in our Mazda6 test vehicles.

It is possible that the MX-5 will not feature GVC, not because of its rear-wheel drivetrain, but because of the suspension geometry that is specific to the roadster.