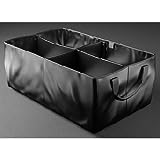 Cash-strapped consumers are being shown a new place to find money: their driveways.

Short-term lenders, seeking a detour around newly toughened restrictions on payday and other small loans, are pushing Americans to borrow more money than they often need by using their debt-free autos as collateral.

So-called auto title loans — the motor vehicle version of a home equity loan — are growing rapidly in California and 24 other states where lax regulations have allowed them to flourish in recent years.

Their hefty principal and high interest rates are creating another avenue that traps unwary consumers in a cycle of debt. For about 1 out of 9 borrowers, the loan ends with their vehicles being repossessed.

“I look at title lending as legalized car thievery,” said Rosemary Shahan, president of Consumers for Auto Reliability and Safety, a Sacramento advocacy group. “What they want to do is get you into a loan where you just keep paying, paying, paying, and at the end of the day, they take your car.”

Jennifer Jordan in the Central Valley town of Lemoore, Calif., lived that financial nightmare, though a legal glitch later rescued her.

Jordan, 58, said she needed about $400 to help her pay bills for cable TV and other expenses that had been piling up after her mother died.

She turned to one of a proliferating number of storefront title lenders, Allied Cash Advance, which promises to help “get the cash you need now.”

But Jordan said it wouldn’t make a loan that small. Instead, it would lend her $2,600 at what she later would learn was the equivalent of 153% annual interest — as long as she put up her 2005 Buick Rendezvous sport utility vehicle as collateral.

Why would the company want to lend her much more money than she needed? The key reason is that California has no limit on interest rates for consumer loans of more than $2,500, and it otherwise doesn’t regulate auto title loans.

“She never said anything about the interest or nothing,” Jordan said of the employee who made the loan in 2012.

Six months later, unable to keep up with the loan payments, Jordan said, she was awakened at 5 a.m.

“My neighbor came pounding on my door and said, ‘They’re taking your car!'” she recalled.

As a recent trend, auto title lending is taking off, according to data compiled over the last four years.

Nationwide, more than 2 million people a year, on average, take out auto title loans, according to a study released in March by the Pew Charitable Trusts.

The study, one of the first comprehensive looks at the issue, found that the average loan was for $1,000 and a typical borrower paid $1,200 in fees a year on top of the principal.

Loan sizes and fees vary by state, but the most common annual percentage rate on a one-month loan was 300%, according to Pew, which surveyed borrowers and analyzed regulatory data and company filings.

“In about 30 minutes, a TitleMax car title loan can put up to $10,000 in your pocket and get your life back on track,” the TitleMax website says.

The increase in California came as the number of more popular payday loans leveled off, and it so alarmed state officials that they publicly warned consumers in December that borrowing against a vehicle should be “a last resort.”

“Your auto is in many cases one of your only assets. Be careful signing away the ownership of that car for some short-term cash,” said Jan Lynn Owen, the state’s commissioner of business oversight.

The state has begun focusing regulatory scrutiny on the lenders to make sure they are properly disclosing the terms of auto title loans, she said.

In February, the department took the first step toward revoking the lending license of Car Capital Financial Inc. The Orange County title lender allegedly understated interest rates and finance charges and misstated late fees on many loans, the agency said.

Gary Rhodes, the company’s owner, said that the state was using “bad information” and that he hopes to resolve the dispute at an upcoming hearing.

The increasing number of auto title loans shows there’s a demand from consumers, particularly those with bad credit, Rhodes said.

“They probably have zero options, other than pawning their car, and then they don’t have use of the vehicle and that puts them in a worse position,” he said. “If people use it for a bridge loan to get them over the hump and pay it back, it really isn’t a bad way to go.”

The terms of auto title loans vary widely by state. But they all center on using the vehicle’s title, also known as the pink slip, as collateral. The borrower usually must have full ownership of the vehicle, and its value must be well above the amount of the loan.

Because the loan is secured by the vehicle, lenders often don’t consider a consumer’s income or ability to repay. If the borrower falls behind, the car will be repossessed and sold to pay off the loan.

A quirk in California law has led title loans to boom.

State law limits payday loans to $300, minus a maximum fee of $45. California also caps interest rates on consumer loans of less than $2,500 on a sliding scale that averages about 30%. Consumer loans above $2,500 have no interest rate limit.

For that reason, essentially all auto title loans in the state are above that level, according to the state’s business oversight department. Most range from $2,500 to $5,000. Of those, about 45% carried annual percentage rates of at least 100%, according to state data for 2013.

“It may solve their immediate cash problem, but in the long term, it could start a cycle of debt,” Owen said.

In that way, title loans are similar to more prevalent payday loans. Payday lenders operate in California and 35 other states, and about 12 million people use them each year, according to Pew.

The rising popularity of payday loans during the Great Recession and its aftermath drew the attention of regulators. At the urging of consumer advocates, Arizona, Ohio, Virginia and other states — but not California — tightened restrictions or banned the loans outright.

So some lenders turned to auto title loans, catching the eye of regulators.