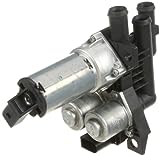 News of the lawsuits came a day after Toyota Motor Corp (7203.T) on Monday recalled 247,000 vehicles in the United States because of potentially defective air bags made by Takata Corp (7312.T). Also on Monday, U.S. safety regulators urged consumers affected by similar recalls to have their cars’ air bags replaced as soon as possible.

That news dragged Takata’s shares down 23 percent on Tuesday in Tokyo, the stock’s biggest one-day drop ever. The shares have declined 44 percent so far this year.

The U.S. House Energy and Commerce Committee said on Tuesday it was seeking information about Takata’s air bag defects from the National Highway Traffic Safety Administration (NHTSA) and automobile manufacturers.

Democratic Senator Bill Nelson of Florida, where some of the air bag incidents have occurred, wrote to NHTSA Deputy Administrator David Friedman urging the agency to further expand the recalls.

“NHTSA should ensure that owners of cars that are not registered in Florida, but spend a substantial portion of the year operating in the state of Florida are covered by the recall,” Nelson wrote.

He was referring to “snowbirds,” people who spend winters in Florida to escape the cold in the northern part of the United States.

In his letter to Friedman, Nelson also said automakers with defective air bags should offer loaner cars or rental car reimbursements for consumers unable to get their cars fixed quickly.

More than 4 million cars produced by nine automakers including Toyota, Honda Motor Co Ltd (7267.T) and Fiat Chrysler Automobiles’ (FCHA.MI) Chrysler Group are affected by regional recalls that started in June. They began in certain high-humidity areas of the United States after the NHTSA started investigating reports of air bag explosions in Florida and Puerto Rico.

The NHTSA is investigating whether Takata air bag inflators made between 2000 and 2007 were improperly sealed. Bags inflating with too much force have been linked to four deaths and resulted in several lawsuits.

More than 16 million vehicles globally have been recalled because of defective Takata air bags since 2008.

The two accidents resulting in lawsuits against Honda and Takata both took place in Florida.

A Honda spokesman declined to comment on both lawsuits because they are pending. A Takata spokesman referred questions to Honda.

According to an accident report and lawsuit filed in July in a Florida state court, Corey Burdick, 26, was driving his 2001 Honda Civic in Eustis, Florida, on May 29 when he was involved in an accident with another vehicle.

The accident report said an eye injury Burdick suffered was “possibly caused by the air bag deployment.” The lawsuit, which is seeking damages above $15,000, said “shards of metal were propelled through the air bag’s fabric and struck Corey Burdick in the eye, resulting in disfigurement, impaired vision and other severe permanent injuries.”

In the second accident, Stephanie Erdman, a then 28-year Texan stationed at a military base in Florida, was driving her 2002 Civic in Santa Rosa County when she was involved in an accident with another vehicle on Sept. 1, 2013, according to an accident report and lawsuit.

The lawsuit described how “shards of metal, like shrapnel, were propelled toward Stephanie Erdman … striking (her) in the face and right eye.” It included a picture of her bloody face and the metal lodged in her eye.

Erdman’s lawsuit, which is seeking more than $1 million in damages, was filed in May in Texas, where she bought the car.