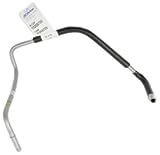 In a blow to Ford’s pride in its all-new aluminum-bodied F-150 pickup truck, Motor Trend is announcing today that it has chosen Chevrolet’s new midsize pickup, the Colorado, for its prestigious Truck of the Year award.

Given the amount of hoopla over its new, lighter aluminum body, many assumed the 2015 Ford F-150 would be a shoo-in for major awards this year.

But Ed Loh, editor-in-chief of Motor Trend, says the publication bestows the honor only on vehicles it deems best in its class. Among full-size trucks, he says, the publication believes that Ford’s new F-150 falls in behind the clean-diesel engine version of the current Ram 1500.

F-150 didn’t even come in second. That honor went to another Ford: its new Transit full-size commercial van.

Such awards are coveted in the auto industry, where reviews and awards are seen as swaying potential buyers. The next major test for the F-150 will be the North American Truck of the Year prize announced each year at the big annual auto show in Detroit in January.

In a unanimous vote among Motor Trend writers and editors, the Chevy Colorado midsize trounced all rivals to be best in class by being a right-sized truck with “sexy” looks and “a big fuel efficiency story,” Loh says. GM’s new mid-size pickups have lots of features you want, and at least one you don’t — high prices.
(Money, USA Today)

Most Colorado configurations achieved at least 20 miles per gallon on the highway. The truck, along with corporate cousin GMC Canyon, garnered attention through the year by returning General Motors to a segment that it, Ford and Chrysler had deserted, leaving the field to the dominant Toyota Tacoma and the Nissan Frontier.

“A lot of our staff fell in love with that pickup,” says Loh. “It’s the thinking man’s kind of pickup.”

A Chevrolet official says the brand is “amazingly thrilled” at the honor for the truck that has only been in showrooms since September. Spokesman Otie McKinley pointed to the truck’s horsepower, towing, connectivity and quiet cabin as changing the category.

Loh had nothing but nice things to say about the new version of the F-150, perennially the nation’s best-selling car or truck. The aluminum body and other changes cut up to 700 pounds per vehicle. It also now offers luxury touches new to the segment, such as a huge sunroof and a system to keep the truck from wandering out of its lane. Buyers switching from a V-8 to a new turbocharged 2.7-liter engine in the F-150 can see gas-mileage improvements of up to 29%, Ford says.

But Loh says Ford may be, in part, a victim of its own hype. “It’s only shocking that the Colorado wins if you presumed that F-150 was going to walk away with it,” he says. The Ram EcoDiesel, he says, is considered best in the full-size class not only because of its better gas mileage but because of innovations like an eight-speed automatic transmission and a better ride.

Ford truck spokesman Mike Levine said in a statement: “While we always are honored to win awards and recognition, we are most proud of creating the toughest, smartest and most capable F-150 ever for customers.”