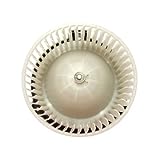 Moving On Up: 2016 Ford Explorer Gets More Powerful And Luxurious – Forbes

Ford’s trendsetting sport utility vehicle, the Explorer, is getting a makeover for 2016 that will move it upmarket with more power, extra features and true opulence.

It’s an approach Ford has already taken with the Edge, which is also a midsize crossover, but with two rows of seats instead of the Explorer’s three rows. Though the Explorer is only being refreshed, whereas the Edge had a major redesign, the push toward the premium end of the market is evident with both.

One of the biggest changes to the 2016 Ford Explorer involves the four-cylinder EcoBoost engine, which, counter to the current downsizing trend, will grow in size (from 2.0-liter to 2.3-liters in displacement). As a result, it gains 30 horsepower and 30 pound-feet of torque — an increase of 12.5 percent and 11 percent, respectively — for a total output of 270 horsepower and 300 pound-feet of torque.

This new engine, which debuted in the 2015 Ford Mustang, addresses an area where the Explorer had some room for improvement.

Ford took a gamble introducing a four-cylinder engine on the Explorer when it overhauled the popular SUV for the 2011 model year. Dropping an engine normally used for a compact car into such a large vehicle could have been a disaster, but for the most part the 2.0-liter EcoBoost did what it was supposed to. It delivered the best fuel economy of any Explorer to date, at 20 miles per gallon in the city, 28 miles per gallon on the highway, and 23 miles per gallon combined, as rated by the Environmental Protection Agency.

But there was a tradeoff in both power and acceleration; the four-cylinder felt almost anemic compared to the previous Explorer’s traditional V6 and V8 engines. The new 2.3-liter EcoBoost engine’s added oomph will make a noticeable difference in acceleration, but should not adversely affect fuel efficiency, Ford says.

The Explorer’s other two engines, a base V6 and an EcoBoost V6, carry over unchanged.

Ford has been switching up the look of its vehicles pretty significantly every few years in a bid to keep things fresh, and the 2016 Explorer is no different. The front end has been restyled with new headlights and a slimmer grille incorporating shutters that automatically close above a certain speed to improve aerodynamics and thus boost fuel efficiency.

The rest of the vehicle’s design remains largely the same, but the facelift alone gives it a whole new look, making the Explorer appear more sophisticated. Like the upsized 2.3-liter EcoBoost engine, the slimmer front grille runs counter to a current trend; in this case, it’s the tendency to make grilles ever larger with each new redesign.

All versions of the 2016 Explorer benefit from a quieter cabin thanks to improved door seals. Special vibration-absorbing engine mounts and acoustic glass further insulate the interior, but they only come on certain options packages or trim levels.

Ford is adding a Platinum trim level to the Explorer for the first time and loading it up with features typically found on pricey luxury cars. Most are in the interior, such as quilted leather on the seats, and satin-finished ash wood and brushed aluminum on the dashboard and doors. For a company that has largely used plastic made to look like wood and aluminum on the interior of its vehicles, that’s a pretty big deal.

Even the Ford logo on the heated steering wheel of the Platinum model is made of brushed aluminum—a first for any production vehicle, the company says. Ford has used only its signature “blue oval” before now, but the special treatment of the logo on the Explorer Platinum is meant to signify its premium status.

The Explorer Platinum is also the first Ford to get a new 500-watt Sony audio system. It features something called “Live Acoustics and Clear Phase technology,” which Ford says eliminates sound dispersion throughout the vehicle so music can be heard in higher fidelity.

On the exterior, Platinum models get larger wheels, fancier headlights with LEDs, and other minor trim upgrades.

The suspension for the 2016 Explorer has been “completely retuned” for a smoother ride and to give each trim level — XLT, Limited, Sport and Platinum — unique ride and handling characteristics.

Ford also revised the Explorer’s wheel wells to incorporate so-called “air curtains” that smooth airflow over the wheels and minimize aerodynamic drag, which aids fuel economy. It’s a feature BMW uses on its X5 and X6 crossovers (which we discuss here).

There are a host of other tweaks too, including better sensors and cameras that enhance the park-assist and safety systems and built-in washers for the front and rear cameras.

A slimmer front grille and redesigned headlights give the 2016 Ford Explorer a totally different look than its predecessor. (Photo credit: Ford)

Despite all the improvements, the base price apparently will remain unchanged. Ford’s consumer website shows the 2016 Explorer starting at $30,700 (plus an $895 destination charge), which is the same as the cost of the outgoing 2015 model.

The new Platinum model, which comes with just about every option available, starts considerably higher, at $53,495.

Look for full specs on the 2016 Ford Explorer to come out closer to its on-sale date this summer.

See what we think about two of the Explorer’s key competitors in our reviews of the Mazda CX-9 and Toyota Highlander.

Check out the newly redesigned Ford Edge, another midsize crossover that, like the Explorer, is much more upscale than before. Read about the Ford Shelby GT350 Mustang, which also debuted at the Los Angeles Auto Show. Or see what the chief engineer on the new Ford F-150 has to say about its controversial aluminum body here.