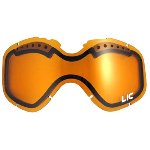 The grille of a Chevrolet Silverado pickup is seen at Cody Chevrolet- Cadillac in Montpelier, Vt.(Photo: Toby Talbot, AP)

When automakers report their U.S. sales for June there will be no impact from Britain’s June 23 vote to exit the European Union because job growth and consumer confidence remain strong here and credit is freely available, according to analysts and industry executives.

But General Motors likely lost market share from a year earlier as it continues to wean itself from low-margin sales to rental agencies and concentrate on more profitable sales to consumers.

“We see a seasonally adjusted annual rate of 17.1 million for the industry,” said Kurt McNeil, GM vice president of U.S. sales operations. That would be better than June 2015’s rate of 17 million.

The lack of any impact from last week’s Brexit vote can be explained by its timing with only one week left in the month. While many Americans saw their retirement savings and other investments lose value in the immediate wake of the UK’s vote to leave the European Union, some of those losses have been recovered in the past two days. The longer-term impact on the global economy will take months to unfold.

So the trends that have played out in auto sales earlier this year will continue. Through May, GM’s share of the U.S. new vehicle market has dropped from 17.7% to 16.6%, the lowest it has been, at least since World War II.

“We have the most significant increase in retail market share growth, and we aren’t changing from that strategy,” CEO Mary Barra said June 8 at the company’s annual shareholders meeting. “Not only does it strengthen residual (resale) values but it also will position us well if and when the cycle turns.”

Edmunds.com,,a car shopping information site, estimates that GM and Toyota will sell 1.3% and 1.1% fewer vehicles, respectively, than they did in June 2015, while Ford, Honda, Fiat Chrysler, Nissan and Hyundai will post increases ranging between 6% and 8.2%.

Toyota, like GM is trying to do, relies very little on fleet sales.

In May, Ford’s sales came within 5,700 of matching GM’s, but it relied more heavily on sales to Hertz, Avis, National, Enterprise and other rental companies. Ford officials have said they will reduce such fleet business as a portion of total sales in the second half of the year.

GM did use rebates and 0% financing more aggressively in June, offering up to $8,250 on the fully equipped Chevrolet Silverado crew cab. Chevrolet is increasing production of two redesigned car models, the Malibu and Cruze, that are expected to sell for higher prices and generate about $1,500 more per unit in profits than the models they replaced.

Cadillac is ramping up production of a new CT6 full size sedan and the XT5 crossover. Dealers had more of those models in June than they did in May, McNeil said.