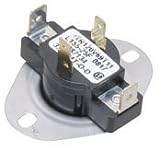 $374.28
Home › Blog › US Automotive News › Not all workers paid equally under UAW-GM deal – The Detroit News

Not all workers would be paid equally under a new tentative agreement being voted on by 52,600 United Auto Workers members with General Motors Co.

If the new deal is ratified, about 3,400 hourly workers under the automaker’s subsidiary GM Components Holdings LLC as well as temporary workers would not have a path to traditional wages of $29 an hour or more as their assembly, powertain and stamping counterparts.

GMCH workers, many of whom expected to receive substantial raises, would top out at $19.86 an hour, followed by three yearly 3 percent wage increases and a 3.7 percent in the final year of the deal. A worker already at the top pay would get $2.52 raise over the four years to about $22.40 an hour at the end of the four years.

“It’s a slap in the face,” said Dennis Virkstis, a 49-year-old worker at the GMCH Grand Rapids plant. “Everybody feels like we’re the redheaded stepchild put in the back room and not talked about.”

New temporary workers hired after the deal would be paid even less, with a top wage of $19.28 an hour after four years. That’s despite current temps — under 5 percent of GM’s workforce — receiving pay raises and a top wage of $22 an hour, if the deal is ratified. Temps would be considered for regular job opportunities and eligible for health care coverage.

GMCH was created in 2009 following GM’s bankruptcy and includes four former Delphi Corp. component manufacturing plants — two in New York state; one in Kokomo, Indiana; and the Wyoming plant. The workers essentially do work that has traditionally been done by third party suppliers for less money — the main reason the union argues that the workers are paid less money than assembly employees.

“Our General Motors Component Holdings (GMCH) members are in a very different position than for our members who work for GM assembly plants because their plants have to compete with low wage non union parts suppliers,” said UAW Vice President Cindy Estrada, head of the union’s GM department, in a statement on Friday. “This was a very difficult decision as we balanced job security and wages. Fortunately we were able to negotiate that they now have the ability to transfer to GM assembly plants along with profit sharing and the other bonuses.”

The union for years has been attempting to include language in its contracts that allow GMCH workers to transfer to GM assembly plants, which they achieved in this deal.

GM declined to comment on any part of the tentative agreement while the union’s ratification voting is taking place.

UAW-GM negotiators “discussed at length the unique competitive pressures facing” GMCH plants, and both “parties recognize that cost effective operations are critical to the job security of all employees,” reads part of the more than 400-page tentative agreement.

GM in June announced it would add about 300 new jobs and invest $119 million for producing future vehicle components at its components plant in Wyoming, near Grand Rapids.

Paying different wages for different work isn’t uncommon under classification systems in the industry. But different wages for the same work has led to divisions on factory floors under a contentious two-tier pay system. The union wanted to eliminate that division with a path to $29 an hour or more for hourly production workers.

The different pay levels under the GM deal are similar to the union’s recently ratified four-year deal with Fiat Chrysler Automobiles NV and a previous tentative agreement that was shot down by 65 percent of the company’s 40,000 members with the automaker.

Under the new deal, second-tier Mopar workers, which are considered comparable to GMCH employees, have a similar path to a roughly $29 an hour or more top wage as their production counterparts. Under the failed deal, Mopar workers would have topped out at about $22.

Virtstis, who has worked in Grand Rapids since February 2006, predicted there “wasn’t going to be one ‘yes’ vote” from GMCH workers, and that a majority of them will likely leave the union if the contract passes.

“The morale yesterday at the plant was pure garbage,” he said. “Nobody saw this coming, being treated this bad.”

Rodney Childs, a Grand Rapids resident who has worked for Delphi and GMCH for 16 years, said many GMCH workers saw what FCA’s MOPAR workers got and at least expected similar results. He said he’s not pleased with the contract.

The different pay wages for GM temporary workers are the same as the Fiat Chrysler contract: Current temp hires under both deals would earn between $17 an hour and $22 an hour. Those hired after under the new contract would start at less than $16 an hour and top out at $19.28.

GM’s proposed deal is a more profitable deal for workers than the 2011 pact and includes the first hourly wage increase in nearly a decade for some; an $8,000 signing bonus for all workers and $2,000 for temporary workers; and gradual elimination of the pay gap between veteran workers and newer hires.

Virkstis said he’s very happy with other parts of the contract, like an $8,000 signing bonus and is grateful to have a job: “But when we can’t even buy one of our own vehicles that we produce, it’s tough,” he said. “We kind of thought we were going to get something.”

It also would move entry-level workers to the same health care plan as veteran workers in January, award each worker an annual $1,000 performance bonus and an additional $500 bonus when quality targets are met and offer 4,000 eligible employees a $60,000 early retirement bonus.