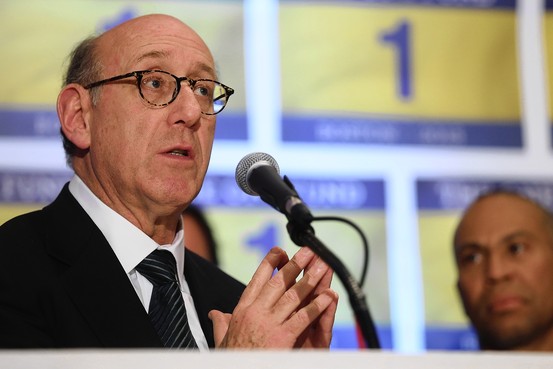 Of all the problems haunting

over its handling of defective ignition switches, the one with plaintiffs’ lawyers is just beginning.

The company’s size and self-confessed failures in an internal report released last week are attracting lawyers who forged some of the biggest civil settlements ever, from the landmark tobacco litigation to the Exxon Valdez disaster to

More than 80 ignition-switch-related civil lawsuits have been filed against GM, most seeking alleged economic damages, such as repair costs and declines in resale value on about 2.6 million cars recalled since February. The average depreciation claim alone might total $500 to $1,000 per car, according to lawyers who have filed suits against GM. 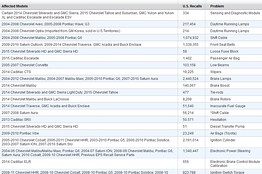 The company also will have to fight suits claiming the defective ignition switches caused serious injuries and deaths. While just a handful of cases are under way, plaintiffs’ lawyer

of Corpus Christi, Texas, said he has signed up several hundred such clients. GM has attributed at least 54 crashes and 13 deaths to switch-related air bag failures, and said last week that it can’t rule out the possibility that the death toll could climb.

said Thursday that she wouldn’t “speculate on anything involving litigation.” She said the company would “do the right thing by victims.” Company spokesman Greg Martin said the CEO’s “remarks last week regarding the Valukas report stand on their own,” declining further comment. GM also is being scrutinized by regulators, prosecutors and lawmakers.

It is common for bad headlines and deep pockets to lure plaintiffs’ lawyers—and a pile of lawsuits. In 2012,

PLC agreed to pay at least $7.8 billion to end litigation over the Deepwater Horizon oil spill. Toyota settled for about $1.1 billion with owners of about 16 million cars affected by unintended-acceleration problems. Plaintiffs’ lawyers collected about $227 million in fees and costs.

Some legal experts said GM could face an unusually long, steep and costly fight in the wake of the 315-page, company-funded report by former U.S. Attorney

“This is a big case, and it could be enormously expensive for GM,” said

a University of Georgia law professor.

Ms. Barra said the report demonstrated a “pattern of incompetence and neglect” in the auto maker’s 11-year failure to recall cars equipped with a defective ignition switch. Mr. Valukas said the company’s “search for root cause became a basis for doing nothing to resolve the problem for years.”

One section of the report detailed an outside law firm’s concerns about the company’s legal exposure. In 2010, King & Spalding LLP advised GM to settle a wrongful-death suit filed in Tennessee, concluding that a “seven-figure verdict remains probable” even though “Nashville area jurisdictions are not ‘judicial hellholes.’ “

The law firm also warned that “facts and circumstances surrounding the investigation…could provide fertile ground for laying the foundation for an award for punitive damages, resulting in a significantly larger verdict.”

“There’s a lot of shocking material in this report that we’re no question going to use,” said

a Seattle lawyer who represented 13 states in the tobacco litigation that led to a $206 billion settlement in 1998. He also was co-lead counsel in the Toyota economic-loss cases.

In a sign of the intense interest in GM by plaintiffs’ lawyers, more than a dozen lawyers with clients in ignition-switch cases made pitches last month to seven federal judges in Chicago. The judges will decide where to combine suits that seek damages for alleged economic losses. A decision is expected soon.

Talking fast while a countdown light changed from green to yellow to red, one lawyer at the meeting said Florida is quick, while another said New York has an edge because it hosted the auto maker’s bankruptcy case. Someone else noted that Oklahoma would be a short flight for everyone.

the Newport Beach, Calif., lawyer who won a $127 million jury verdict in 1978 against

over a fuel-tank design flaw on the Pinto, urged judges to assign the consolidated cases to U.S. District Judge 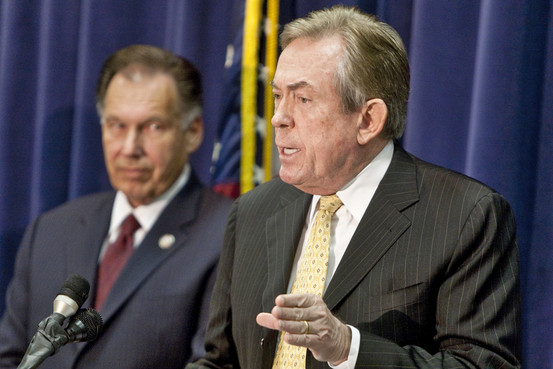 Mr. Robinson is hoping to be a major force in the GM ignition-switch suits. Also maneuvering for influence is

of San Francisco, a leader in litigation over the Exxon Valdez oil spill in 1989, breast implants and the drugs Vioxx and Fen-Phen. The two lawyers are co-lead counsel for plaintiffs in personal-injury cases against Toyota.

Messrs. Berman and Robinson hope to be part of a small group of lawyers steering the litigation against GM. GM’s defense team includes lawyers at King & Spalding and Kirkland & Ellis LLP.

GM hasn’t said how much money it will put into the fund. Victims and their families who file claims could get a check from the company, but they likely would have to agree not to seek damages from GM in court.

Some plaintiffs’ lawyers said they are willing to consider the compensation fund once GM discloses more details. “We’ll pursue the avenue by which our clients are going to be best served,” said

a lawyer in Chicago.

GM lawyers are trying to use the auto maker’s bankruptcy in 2009 to insulate the company from depreciation-related claims before then. Plaintiffs’ lawyers claim that would violate constitutional due-process rights, since GM allegedly knew about the ignition-switch problems but kept them secret for years.

in New York is expected to rule by the end of summer.

The auto maker’s possible exposure to death and injury claims could get clearer when a Georgia state-court judge rules on a request to nullify a settlement reached by GM last year.

said the case should be reopened because it is clear GM knew about the defective ignition switches long before 26-year-old Brooke Melton died while driving her Chevrolet Cobalt in 2012. Mr. Cooper sued GM on behalf of her relatives.

Terms of the settlement weren’t disclosed, and a hearing date hasn’t been announced.

Write to Ashby Jones at ashby.jones@wsj.com