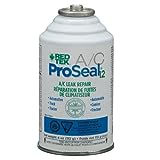 The redesigned Honda Odyssey, America’s best-selling minivan, was overhauled from top to bottom for 2018, including a new 4G LTE Wi-Fi hotspot to support streaming video, music and more – much, much more, it turns out, than Honda officials bargained for.

It’s fair to say the horror belonged to a Honda public relations representative, who, when she was explaining to us all that the Odyssey has to offer, had no idea that pornography was among the choices. Mortified, she snapped a photo of the car’s 10.2-inch drop-down video screen and texted it to Honda colleagues, who quickly huddled with officials at New York-based EPIX to figure out what to do.

“The adult genre is not part of the Honda package,” a company spokesman assured me. “When you discovered that, we went into emergency mode to fix it.” (For the record: it was my husband who discovered the naughty videos, but only by accident, he insists.)

Odyssey is the first Honda model that allows over-the-air system updates for its display audio and rear entertainment systems. Customers can download software updates using any Wi-Fi connection – at home, on the road or at their Honda dealer, or through the new built-in 4G LTE cellular connection available on higher-end models, like the Elite and Touring versions.

I assumed it was this new capability that enabled Honda to remove the adult content in my borrowed Odyssey, and every other 2018 Honda minivan simultaneously, with a flash software update.

Amazingly, nearly 5,000 families purchased a 2018 Honda Odyssey with a rear seat entertainment system since the minivan went on sale in late May, and not a single customer discovered the pornography offerings. (If they did, they didn’t complain.)

It’s still not clear how Adult content found its way into Honda’s most important family vehicle. Neither the Odyssey’s chief engineer nor the engineer in charge of its audio and connectivity systems could explain, referring questions to colleagues who negotiated the deal with EPIX.

(Disclosure: Honda provided a loaner vehicle for the purposes of this media test drive.)