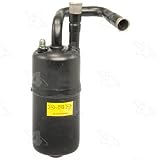 While having faced a titanic battle with Audi for much of the race, Porsche came out on top of the 83rd running of the 24 Hours of Le Mans by taking a historic 1-2 result.

It came following a fast and rather surprisingly reliable run for the second-year LMP1 factory squad, with its third entry, featuring two Le Mans rookies, holding control from the ninth hour.

An impressive overnight stint by Tandy, who increased the gap to the Nos. 7 and 9 Audi R18 e-tron quattros, helped solidify their lead prior to both of the diesel-powered cars hitting trouble at daybreak.

Hulkenberg finished one lap ahead of the No. 17 Porsche of Timo Bernhard, Brendon Hartley and Mark Webber, who lost ground in the ninth hour after serving a one-minute stop-and-go penalty for overtaking under a yellow.

The red-liveried Porsche dropped to fourth but regained second when the No. 7 Audi of Marcel Fassler lost seven minutes when its engine cover fell off in the 16th hour, and the No. 9 car also making multiple trips to the garage.

The win marks Porsche’s 17th overall victory at Le Mans, while Hulkenberg becomes the first active Formula One driver since Johnny Herbert and Bertrand Gachot in 1991 to have claimed overall honors in the race.

Defending race winners Fassler, Benoit Treluyer and Andre Lotterer completed the podium in third after a troubled race for the pre-race favorites.

Lotterer took over the lead in the second hour but was forced to make an unscheduled stop one hour later for a puncture and, coupled with its bodywork issues in the morning, took the No. 7 Audi out of contention.

Audi’s third entry of Filipe Albuquerque, Marco Bonanomi and Rene Rast was in the best position to give the R18 victory but suspension issues saw it plummet down the running order en route to sixth overall.

It promoted the No. 8 Audi to fourth, which rebounded from an accident in the third hour when Loic Duval lost control of his car while in a Slow Zone, resulting in front and rear-end damage.

Toyota had issues of its own, with defending FIA World Endurance Champion Anthony Davidson making contact with a lapped car in the fifth hour, resulting in lengthy repairs and handling issues for the No. 1 Toyota TS040 Hybrid.

It finished 8th overall, behind the sixth-place finishing No. 2 Toyota, which lacked pace all race, with its quickest race lap more than four seconds slower than the Porsche and Audis.

Rebellion Racing wound up best of the LMP1 privateers, with the No. 13 Rebellion R-One AER of Dominik Kraihamer, Daniel Abt and Alexandre Imperatori recording a 18th place overall finish.

The No. 13 car was the least-troubled privateer, with both Rebellion’s No. 13 entry and the No. 4 ByKolles Racing CLM P1/01 AER making multiple trips to the garage.

Nissan got one of its three debuting GT-R LM NISMOs to the checkered flag, although heavily delayed after numerous mechanical issues.

The No. 22 car, driven by Michael Krumm, Alex Buncombe and Harry Tincknell, was classified 40th overall, and nearly 150 laps behind the overall race-winning Porsche.

Remarkably, all but two of the 14 LMP1 starters took the checkered flag.

KCMG dominated the LMP2 class, with the new Oreca 05 Nissan proving the package to have in the diverse 19-car class.

The No. 47 car driven by pole-sitter Richard Bradley, Matthew Howson and ex-Toyota factory ace Nicolas Lapierre controlled the race and was rarely challenged, with its lead often bordering on or exceeding one minute.

The trio finished 48.182 seconds ahead of the No. 38 JOTA Sport Gibson 015S Nissan in second, with the No. 26 G-Drive Racing Ligier JS P2 Nissan completing the class podium in third.

Of note, the Extreme Speed Motorsports Ligier JS P2 Hondas had multiple off-course incidents and garage trips yet pressed on to finish seventh and 10th in both cars for their debuts.

Corvette Racing took GTE-Pro class honors, with the trio of Oliver Gavin, Tommy Milner and Jordan Taylor wheeling their No. 64 Corvette C7.R to the team’s first Le Mans triumph since 2011.

A race-long battle between the No. 51 AF Corse Ferrari F458 Italia and the Corvette was building towards the finish, until the Ferrari went to the garage with gearbox issues.

Gavin, Milner and Taylor, who celebrated his first Le Mans class win, went on to win by five laps over the sister No. 71 AF Corse Ferrari, which lost four laps early due to a starter motor change.

Toni Vilander, Gianmaria Bruni and Giancarlo Fisichella pressed on to finish third in class after the late gearbox dramas.

GTE-Am lacked much drama until the final hour, when an accident occurred for the class-leading and race-dominant No. 98 Aston Martin Vantage V8.

Paul Dalla Lana sustained a hard crash entering the Ford chicane, just before the front straight. He did get out of the car, but it cost Dalla Lana, Pedro Lamy and Mathias Lauda their third straight win to open the season.

With the Aston out, the No. 72 SMP Racing Ferrari F458 Italia inherited the win after a mostly faultless drive from Andrea Bertolini, Victor Shaytar and Alexey Basov.

Two American-heavy lineups completed the podium as a result.

The No. 77 Dempsey-Proton Racing Porsche 911 RSR and No. 62 Scuderia Corsa Ferrari F458 Italia were contending for the final podium position, but both wound up on the podium after the Dalla Lana accident.

Patrick Dempsey shared the No. 77 car with Patrick Long and Marco Seefried, while Townsend Bell, Bill Sweedler and Jeff Segal shared the No. 62 car. It’s the first podium for five of those six at Le Mans, with the exception of past class winner Long.

Long and Bell were separated by mere tenths of seconds in a tooth-and-nail fight for third. Bell spun at one point exiting Mulsanne corner, but the Le Mans rookie rebounded with a spirited charge back before handing over to Segal.

The No. 53 Riley Motorsports Dodge Viper GTS-R was also in podium contention but retired with late race gearbox issues.