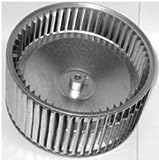 Chrysler’s sales were up 20 percent to nearly 171,000 vehicles, helping the company to its best November in 13 years. General Motors, Toyota and Volkswagen also reported gains.

The TrueCar.com auto pricing site predicts total November U.S. sales will reach 1.3 million, up around 4 percent from a year ago and the fastest pace since August. The hot sales were fueled by deals, like zero-percent financing on new Chevrolets and a $3,500 credit on a new BMW. New vehicles like the Jeep Cherokee and Toyota Camry also drew buyers.

Low gas prices accelerated a trend toward SUVs. Gas prices fell 23 cents in November to a four-year low of $2.76 per gallon, according to AAA. Sales of the new Nissan Rogue small SUV jumped 44 percent, while the Jeep Cherokee was up 67 percent.

Sales of Ford’s F-150, the nation’s best-selling vehicle, fell 10 percent to 59,000 as older inventory dwindled and the new 2015 model went into production. Ford won’t be producing the new model at full capacity until early next year.

Despite the deals, it was a profitable month for the industry, with consumers poised to set new spending records as they loaded their vehicles with extras like navigation. As of mid-November, buyers were spending an average of $30,874 per vehicle, or $165 more than the previous record of $30,709 in October, according to consulting firms J.D. Power and LMC Automotive.

? Volkswagen’s sales rose 3 percent on strong sales of the new Golf subcompact, which was up 78 percent. The recently redesigned Jetta small car was also up 26 percent.

? Nissan’s sales fell 3 percent. Truck and SUV sales were up but were dragged down by weaker car sales. Sales of the electric Leaf were up 34 percent despite low gas prices.