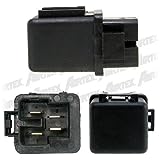 Putin Seeks to Calm Russia Over Economy – Voice of America

Russian President Vladimir Putin said Thursday he is confident the country’s struggling economy will rebound within two years and the ruble will stabilize after the currency’s dramatic fall in value, but offered no new remedies for the crisis.

Speaking at a three-hour, end-of-year news conference, Putin said the nation’s currency reserves are sufficient to keep the economy in stable condition and predicts better times ahead, just not immediately.

Putin said the current crisis could last two years at most, but the economy could recover faster if external factors, such as economic sanctions brought by the West, change for the better.

He said the sanctions, imposed on Russia because of its involvement in Ukraine, are responsible for 25 to 30 percent of the current financial crisis.

Putin is under pressure to show he has a plan to fix the economy, which is heading into a recession in what his economic minister called “a perfect storm” of low oil prices, Western sanctions and global economic problems.

As he has stated previously, the president said Russia must diversify its economy to reduce dependence on oil, its major export and a key source of state income, but he stuck largely to broad promises rather than going into details and announced no major new proposals.

“Of course, the current situation is caused by external factors first of all, but we also understand that we have not done many of those things we planned to do and we said we would do to diversify our economy over the past 20 years,” Putin said, adding that the central bank’s reaction was “adequate.”

Hinting at internal divisions, Putin also said faster, more decisive action by the central bank, such as halting foreign exchange interventions to support the ruble sooner, might have made this week’s big interest rate rise unnecessary.

The bank increased its key lending rate by 6.5 percentage points to 17 percent on Tuesday, and has spent more than $80 billion trying to shore up the ruble this year, but to little avail.

The ruble hit an all-time low on Tuesday – at one point plunging to 80 rubles to the dollar – prompting Russia’s central bank to reassure banks and financial companies that it would provide additional capital if necessary. The ruble has fallen about 45 percent against the dollar this year.

As Putin spoke Thursday, the ruble slipped, ending about 1.5 percent weaker on the day, trading at 61 rubles to the dollar.

“All this implies pretty big divisions within the administration as to how to react to the crisis and pressure on the ruble,” Timothy Ash, head of emerging market research at Standard Bank in London, told Reuters, adding that heads could roll.

“Capital controls remain a measure of last resort, and the first line of defense for the ruble will be continued tight monetary policy. Whatever happens, a deep recession now looms,” he said in a Reuters report.

Putin also addressed the Ukraine crisis Thursday. He acknowledged that Western economic sanctions over Russia’s course on Ukraine was just one factor behind the Russian economic crisis.

But he said the crisis over Ukraine was caused by the West, which he accused of building a “virtual” Berlin Wall to contain Russia.

He also blamed NATO for the worst relations between Moscow and the West in decades.

“Didn’t they tell us after the collapse of the Berlin Wall that NATO would not expand eastwards? But it happened immediately. Two waves of expansion. Is that not a wall? … It’s a virtual wall,” he said.

Putin said Russia was more determined to protect its interests but that the United States was creating threats for his country. He said Russia did not invade any other country and that Russia had just two military bases abroad, while, he said, the United States had such bases all over the world.

Ukraine should remain as one

Despite his tough anti-Western rhetoric, he said he wants Ukraine to remain one political entity and voiced hope that the crisis could be solved through peace talks, suggesting that Kyiv and the Russia-backed rebels in eastern Ukraine should conduct a prisoner swap before Christmas.

Russia has been hit by Western sanctions, put in place after Putin annexed Crimea from Ukraine in March.

Economy minister Alexei Ulyukayev told Vedomosti daily in an interview published Thursday that Russia’s economy was going through a “crisis” and conceded that there was no coherent plan on how to tackle it if oil prices do not rebound.

“I guess we found ourselves in a perfect storm, and I guess it’s not an accident. Because in some way we prepared this storm ourselves,” he said in an interview conducted Monday.

Opinion polls show Putin has high popularity ratings since annexing the Crimea peninsula from Ukraine in March, but the ruble’s decline and Russia’s slide toward recession could erode faith in Putin’s ability to provide financial stability.