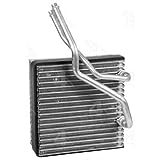 The automaker on Wednesday reported a $334 million loss for the third quarter due to recall costs and another special charge that it expects to recoup related to inventory and incremental incentives for vehicles damaged in the Tianjin port explosion on Aug. 12.

The two charges cost Fiat Chrysler more than $1 billion: $850.2 million (761 million euro) pre-tax charge for estimated future recall campaign costs for vehicles sold in prior periods in North America; and a $158.6 (142 million euro) hit due to the explosion in China.

The company said it expects to recover the losses in China through insurance. All earnings are based on the Sept. 30 exchange rate.

The National Highway Traffic Safety Administration in July hit Chrysler with a record $105 million penalty for violating laws in 23 recalls covering more than 11 million vehicles. Those are on top of other recalls announced by the company in recent years

Fiat Chrysler also is under investigation for failing to report some deaths and injuries to the agency as required by law.

While Ford Motor Co. and General Motors Co. shares were trading up a bit, Fiat Chrysler shares on the New York Stock Exchange were down nearly 5.3 percent in early morning trading to $14.60 per share. Shares closed Tuesday at $15.41 per share — up 71 percent from its $9 IPO price a year ago.

The company’s third-quarter earnings per share were in-line with expectations of 20 cents.

The automaker shipped 1.1 million vehicles from July through August — in line with the same time period a year ago. Jeep shipments were up 27 percent, putting it on pace for its fourth-consecutive year of record global sales.

The company confirmed its full-year guidance of shipping about 4.8 million vehicles; revenue over 110 billion euro ($122.9 billion); and net profit of 1.2 billion euro ($1.3 billion).

The company was profitable in all of its markets in the third quarter except Asia-Pacific, where it lost $92.7 million (83 million euro) due to a 45 percent decline in shipments due to the “Tianjin (China) port explosion, strong competition from local producers in China, and reduced shipments in Australia due to pricing actions.”

The earnings cap off a busy week for Fiat Chrysler. They come a week after the United Auto Workers union members overwhelmingly ratified a new four-year deal with the automaker and the company launching an initial public offering of Ferrari NV.

Fiat Chrysler spun off the famed racing brand to raise funds to finance its ambitious five-year growth plan announced last year. The company sold a 9 percent stake in Ferrari last Tuesday, or 17.2 million shares, to underwriters at $52 a share — at the top end of the $48 to $52 range — for $893 million. The stock opened at $60 — up 14 percent — but closed at $55 as 22 million shares changed hands Wednesday. The stock trades under the “RACE” symbol.

Richard Hilgert, an analyst with Morningstar Inc. in Chicago, called the Ferrari IPO a “tremendous success, considering the current market conditions that have caused some IPOs to cancel or postpone.”

“We are maintaining our fair value estimate, as cash from the Ferrari IPO went directly into Fiat Chrysler’s coffers,” he said in a recent note to investors. “The spin-off of Fiat Chrysler’s remaining stake of Ferrari sometime at the beginning of next year will be a different story.”

Fiat Chrysler is the last of the Detroit automakers to report its third-quarter earnings.

GM last week reported a nearly $1.4 billion profit for the quarter, buoyed by continued strength in pickup and SUV sales and a strong-performing North American market that offset weakness in other global regions. The North America region had record adjusted pre-tax earnings of $3.29 billion, up more than 34 percent from a year ago and revenue hit a quarterly record.