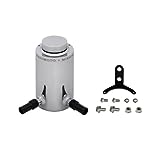 Toyota has redone its Tacoma, both for off-road and the family market.(Photo: David Dewhurst Photography)

Toyota Tacoma is called a midsize truck — a category that has been showing new signs of life lately — but at least in the double-cab version, it is certainly not lacking in stature.

And that might make it a good choice for many truck buyers: It’s big enough to get the job done but a little better on gas than full-size pickups.

Tacoma is new for 2016 and started arriving at dealers this week. As the clear sales leader in the midsize category, the truck didn’t need any major overhauls to make it more competitive. But Toyota threw some nice touches in anyway, like:

•Looks. The angles in the front end are sharper, which makes the truck look more aggressive. The hood was raised. It’s a big improvement and puts Tacoma back on the leading edge of truck eye-catchers.

•Engine. Besides the available four-cylinder, Tacoma was given a more-efficient 3.5-liter V-6 with direct and port fuel injection. It churns out 278 horsepower, a 42-horsepower improvement over the outgoing V-6 engine.

•Ride. More high-strength steel went into Tacoma to make it even more taut when it goes off-road.

•Size. It grew about 4 inches, bringing it within 2 feet of the full-size Tundra.

We spent a week in a truck from the top end — the Tacoma Limited Double Cab 4X4, priced at $38,720 with shipping. And it was a good choice, because since gas prices are cheap again, families are moving back to trucks and using them like family cars.

Tacoma is still all truck, with a solid frame meant for towing and a plastic-lined box for hauling. The ride is fine for a truck, but harsh by car standards. You feel every bump. This truck is not a good choice if you aren’t going to use it for its full cargo-toting capabilities or plan to thrash it off-road.

That said, Tacoma was confident on the highway, and the cabin was unusually quiet for a pickup. The two-wheel-drive V-6 with the automatic transmission is rated at 19 miles per gallon in the city, 24 mpg on the highway and 21 mpg overall — about 3 mpg improvement overall. It now has the same overall rating as the four-cylinder engine.

Also, though it’s a midsize, Tacoma still feels big. Tacoma comes in just 22 inches less in overall length than the the full-size Tundra, which is not a lot when you consider how Tacoma has grown over the years. Despite its size, rear-seat legroom was challenging in Tacoma if the front seat is pushed back.

In the blinged-out version, Tacoma delivered on creature comforts. Our test version had a moon roof, leather seats, push-button start, rear backup camera, dual automatic climate control and blind-spot monitoring with cross-traffic alert. They are features that appeal most to the family market.

We liked them all, especially the 6.1-inch touch-screen, though selecting radio or satellite channels wasn’t as easy as we would like. Plus, the black knobs on either side of the audio unit were hard to see against the black dashboard. Driving at night, you had to feel around for them if you wanted to use them.

Toyota is such a clear leader in the midsize truck segment, it could have skated through the redesign and probably not seen much impact on sales. Toyota sold 122,064 Tacomas in the first eight months of the year, up 18.8% from the same period last year, Autodata reports. Next closest was Chevrolet Colorado with 55,898. But General Motors’ re-entry into the midsize segment with Colorado and corporate cousin GMC Canyon has reinvigorated the segment, which also has a strong entry from Nissan, the Frontier. Even Ford is starting to talk again about returning the Ranger to its lineup.

New competitors could be good for Tacoma as they would drive up interest in the entire segment. But Tacoma remains a good, solid truck and shows every sign of keeping its leadership position.

What? A blinged-out double-cab version of the best-selling midsize pickup.

When? Started arriving at dealers on Thursday.

Where? Made in San Antonio, Texas, and Baja California, Mexico.

How big? Huge — for a midsize. Tundra grows about 4 inches. The double cab, long bed is 18.8 inches.

Overall? Not a replacement for the family car unless you do serious hauling or towing.