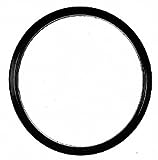 RPA Gets Artsy with ‘Paper’ for Honda – AgencySpy

For the latest spot in its “The Power of Dreams” campaign for Honda, RPA teamed up with stop-motion animation director PES and a group of artists for the two-minute “Paper.”

The spot opens with a depiction of founder Soichiro Honda using a radio generator to power his wife’s bicycle. From there, animated depictions of the company’s history and vehicles transition into each other with clever transitions, ending with the line “You never know where dreams can take you.” The result is visually mesmerizing, even if  viewers might not always get how each piece of the puzzle fits in with Honda’s history. Viewers who see the spot online can easily access that information, however, as they are prompted to view an interactive version which highlights each product shown. The spot is supported by promotion on Honda’s social channels, including YouTube, Facebook, Vine and Instagram. There’s also a behind-the-scenes video (featured below) for those curious about the creative process behind “Paper.”

“Paper” took months to bring to life, with multiple artists creating thousands of hand-drawn images on paper. It made its debut yesterday during CBS coverage of NFL football. It will continue to air on broadcast during programs including Dancing with the Stars, Blue Bloods, Rosewood and Minority Report, as well as during ESPN’s Saturday College Football to cap the week off. A 60-second version will continue to run throughout October on  NBC, CBS, Fox and ABC.

“The goal is for the marketing itself to become a demonstration of Honda thinking and all the people that touch our wide range of products along the way,” said Tom Peyton, assistant vice president of marketing for American Honda Motor Company. “This commercial stands for the courage and conviction to imagine and make dreams a reality and speaks to Honda’s innovative nature and respect for personal achievement and contributions.”