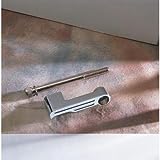 The blaze started around 8:45 p.m. Sunday at Togami Auto Repair Shop at 1018 S. Almaden Avenue when a car caught fire inside the garage, , according to San Jose Fire Captain Mitch Matlow. No injuries were reported.

“The owner of the repair garage said they were working on a car and it caught on fire,” Matlow said.

The building has a high risk of collapsing, Matlow added. PG&E officials turned off electricity for the whole block because there were high voltage lines and transformers involved in the blaze. As a precaution, fire officials cordoned off the entire block.