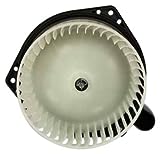 With about one-third of ballots cast, voting on General Motors Co.’s tentative agreement with the UAW is close, with a slight majority of workers supporting the deal.

Voting results at some larger facilities have been tight and roughly two-thirds of the 52,600 hourly workers have not had the opportunity to vote yet. The union is expected to release final results as early as this weekend.

A majority of GM hourly workers at the Arlington Assembly Plant in Texas and Toledo Transmission in Ohio has narrowly voted against a tentative agreement, joining Warren Tech Center employees, who turned it down by a wider margin. Workers at a customer care and after-sales plant in Burton overwhelmingly voted to support the deal and a majority of Orion Assembly production and skilled trades workers at Saginaw Metal Casting voted to support the pact in results released Tuesday.

Results have been mixed in early voting on the tentative contract, reached late Oct. 25. The agreement, if ratified by the rank-and-file, would provide employees with an $8,000 signing bonus, plus provide raises for veteran and entry-level workers.

Voting for about one-third of UAW members is slated to be complete by the end of Tuesday, and results have been closer than some expected. Voting is slated to continue through at least Friday.

Art Schwartz, president of Ann Arbor-based consultancy firm Labor and Economics Associates, said voting is tighter than he expected. “I’m very surprised,” said Schwartz, a former longtime negotiator with GM. “It’s a lucrative contract, and I would expect that they would ratify it.”

Schwartz said it’s not guaranteed GM workers would get a better agreement if the current deal is rejected by a majority of the rank-and-file.

Fiat Chrysler Automobiles NV’s about 40,000 UAW members voted down a first tentative agreement by 65 percent — sending negotiators back to the table to draft a more lucrative deal that then was ratified by 77 percent of members.

Workers at GM’s Fairfax Assembly Plant in Kansas City, Kansas, voted against the contract by a 2-to-1 margin, while GM Lansing Grand River Assembly, Flint Assembly and Flint Metal Center are among plants where majorities have supported the deal.

On Saturday, UAW Vice President Cindy Estrada asked UAW leaders to walk their plant floors and talk to workers about the deal. Some local officials also have posted messages asking for support of the pact on social media.

The union also has posted a video to social media, with local UAW GM leaders sharing their thoughts on supporting the overall deal for workers.

Todd McDaniel, chairman of the UAW-GM National negotiating committee and chair of UAW Local 362 representing Bay City Powertrain employees said there was a fine line in negotiations with the automaker on securing jobs vs. getting gains for members.

“When there’s only so much money out there, it’s that push of maintaining job security that kills us. Does the company have the money? Yes. Should they be paying it? Yes,” McDaniel said in a video posted on social media. “Do our members, both active and retired deserve it. Yes. Can we get it all and still maintain jobs? No. We can only get so much without driving them over the border.”

At Arlington Assembly, where 3,900 hourly workers build large SUVs, 51 percent of production workers and 84 percent of skilled trades voted against the deal, according to a Facebook post.

Toledo Transmission split its vote, with 51 percent of production employees approving the deal. Among skilled trades workers, 59 percent voted “no.” In total, 731 votes were cast against the deal vs. 723 for it, according to UAW Local 14, which represents about 1,800 hourly workers at the powertrain plant.

Hourly workers at GM’s Davison Customer Care & Aftersales plant in Burton near Flint strongly supported the deal in voting that ended early Tuesday morning. Overall, 91 percent were in favor, according to a post on the local union’s Facebook page. Production employees at the plant largely supported the deal, with 93 percent or 515 votes cast for it; 85 percent of skilled trades workers, or 11 employees, voted against it.

At UAW Local 160, which represents hourly workers at the GM Warren Tech Center, 62 percent of the workers (720 in all) voted “no,” vs. 38 percent or 437 “yes” votes, according to a Facebook post Tuesday. Skilled trades strongly were against the deal, with 66 percent voting against it, while 52 percent of non-trades voted “no.” The local represents about 1,537 GM hourly members.

Voting also is slated to begin late Tuesday and continue into Wednesday including at GM’s Wentzville Assembly Plant in Missouri and the Parma Metal Center in Ohio.

Several other facilities are scheduled to vote Wednesday including the Detroit-Hamtramck and Spring Hill assembly plants and workers represented by UAW Local 653 in Pontiac, which represents about 1,100 hourly workers at four sites.

The tentative agreement was approved Wednesday by the UAW National GM Council and includes pay raises for veteran workers consisting of two 3 percent increases in the first and third years of the contract and two 4 percent lump-sum payments in years two and four. The pact would end the pay gap between veteran and new hires, who could reach the top wage of about $29 an hour in eight years.

Some workers have been vocal on social media about the contract, saying it is unfair for workers at four General Motors Component Holdings plants, as they would be on a different pay scale than others. The four plants are expected to vote on the contract later this week.