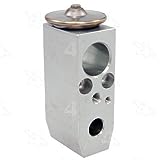 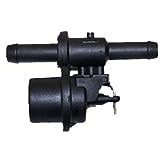 
Mere hours after President Barack Obama said Sony Pictures made a “mistake” in their decision not release the The Interview – a farce staring Seth Rogen and James Franco where the two set out to assassinate North Korean leader Kim Jung-Un at the CIA’s behest – Chairman Michael Lynton adamantly claimed the studio did not capitulate to North Korean demands.

“We have not caved, we have not given in, we have persevered and we have not backed down,” Lynton told CNN’s Fareed Zakaria on Friday.

“We’ve always had every desire for the American public to see this movie,” he said, adding that company is currently exploring other platforms for releasing the film.

In his first interview since Sony’s network was hacked and embarrassing and sensitive employee information was leaked three weeks ago, Lynton set out to clarify what exactly prompted Sony’s decision.

Once the rouge hacker group Guardians of Peace threatened an attack of 9/11 proportions, “theaters would go to us, one by one, over the course of a very short period of time and announced that they wouldn’t carry the movie. At that point in time, we had no alternative but to not proceed with the theatrical release,” Lynton said, explaining the studio was caught off guard by the avalanche of responses received from the theatres.

This, however, contradicts a Thursday Variety report which stated that the company rejected a proposal where the film would have a limited 20 theater release before being distributed nation-wide.

Lynton, an Obama supporter, said he was “disappointed” by the President’s remarks and believes he may not have had a full grasp of the sequence of events before issuing his statement.

His comments come in the wake of sharp criticism not only from the president, but the Hollywood elite that was shocked and dismayed by what was perceived by many as a hasty decision on Sony’s part.

“They should not have pulled it. They should have delayed it while the situation was assessed. Pulling it was done in panic,” director – and frequent Rogen collaborator – Judd Apatow posted on Twitter Saturday morning.

“In our country we are allowed to have this debate about free speech.

They are not. If they tell us to stop having this debate what will we do?” he added.

Earlier this week, Actor George Clooney penned a petition that was circulated among the upper echelons in the industry calling for Sony to go forward with its plans to release the film Christmas day.

“This is not just an attack on Sony. It involves every studio, every network, every business and every individual in this country,” he wrote.

As of this writing, no one has signed the petition.

“As we watched one group be completely vilified, nobody stood up.

Nobody took that stand. Now, I say this is a situation we are going to have to come to terms with, a new paradigm and a new way of handling our business. Because this could happen to an electric company, a car company, a newsroom. It could happen to anybody,” Clooney told Deadline Hollywood on Thursday.