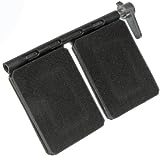 Worldwide automotive giant Toyota plans to move a big chunk of its U.S. headquarters from California to West Plano.

Toyota is negotiating to purchase an office site in Legacy business park where it would locate more than 4,000 workers.

The automotive manufacturer has been in talks for months with real estate owners and developers in Plano, real estate brokers familiar with the project say.

Toyota plans to seek incentives from the City of Plano and the State of Texas for the move, which is scheduled to be announced on Monday.

Bloomberg News reported Sunday that the move will involve “substantial parts” of Toyota’s  U.S. headquarters located in Torrance, near Los Angeles. The operations there have thousands of workers who handle sales, finance, marketing, engineering and product planning for the automaker.

Toyota is moving the jobs out of California to seek lower operating costs, Bloomberg quoted sources.

Real estate execs say they knew a major employer was looking at sites in Plano.

Commercial real estate firm Jones Lang LaSalle has been representing the company which keeping the identity a secret.

“We knew there was a large deal, but nobody knew who it was,” said Greg Fuller, chief operating officer with Plano-based developer Granite Properties. “It’s great for the area.”

Developers and brokers say the plan is for Toyota to build offices with 1 million to 1.5 million square feet – about the same amount of office space that’s in a downtown Dallas skyscraper.

Brokers say the company has zero in on a location adjacent to J.C. Penney’s corporate headquarters near the southwest corner of the Dallas North Tollway and State Highway 121.

That’s the same area where Fedex Office is now building its new 265,000-square-foot U.S. headquarters in the Legacy West complex.

The planned Toyota campus would be almost as big as State Farm Insurance’s huge regional office under construction in Richardson.

It would be the largest such out-of-state move to Legacy business park since J.C. Penney relocated from Manhattan to Plano in the 1980s.

Toyota has had its U.S. headquarters in California since the late 1950s, and the company has a manufacturing plan in San Antonio.

Toyota sells more than 2 million cars a year in the U.S.

Another big Japanese manufacturer, Nissan, in 2006 shifted its North American headquarters from California to near Nashville, Tenn in a move to cut costs.

During the last few years Texas has been a big beneficiary of companies leaving California and the Midwest to seek lower operating costs.