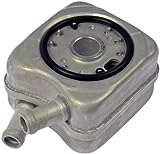 In this 1977 image, from left, Mark Hamill, Carrie Fisher and Harrison Ford are shown in a scene from “Star Wars” movie released by 20th Century-Fox. (20th Century-Fox Film Corporation/AP)

The many rumors and mysterious Instagram photos have proven to be true: Harrison Ford (Han Solo), Carrie Fisher (Princess Leia) and Mark Hamill (Luke Skywalker) will star in the “Star Wars VII” movie next year.

For the first Disney-produced film in a new “Star Wars” trilogy directed by J.J. Abrams, the cast has been shrouded in mystery, though there were lots of clues that the original actors would appear. Exhibit A: writer/director George Lucas spilled last year that the three were in negotiations. Then, all three were spotted in London this week, where the film is beginning production. You can’t hide anything in the age of Twitter.

“We are so excited to finally share the cast of ‘Star Wars: Episode VII.’ It is both thrilling and surreal to watch the beloved original cast and these brilliant new performers come together to bring this world to life, once again,” Abrams said in the announcement on StarWars.com. “We start shooting in a couple of weeks, and everyone is doing their best to make the fans proud.” View Photo Gallery —It’s the first Disney-produced film in a new trilogy of the popular franchise, which will be released Dec. 18, 2015.

According to the site, which includes a photo of the new cast, the rest of the actors include: John Boyega, Daisy Ridley, Adam Driver, Oscar Isaac, Andy Serkis, Domhnall Gleeson, and Max von Sydow, along with more original stars Anthony Daniels (C-3PO), Peter Mayhew (Chewbacca), and Kenny Baker (R2-D2).

And yes, that Adam Driver, everyone’s favorite hipster from HBO’s “Girls”: He’s been long-rumored to play the villain in the new movie, though there’s no official word on his role. Few other details are known about the movie, though Disney CEO Bob Iger teased that the film is “set three decades after 1983′s ‘Return of the Jedi.’”

“Star Wars: Episode VII,” the first in the franchise for Disney since the company bought Lucasfilm for about $4 billion in 2012, will be released on Dec. 18, 2015.