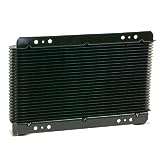 JANESVILLE—A state Senate candidate backs a proposal to add an interchange at Interstate 90/39 and County M, and he says it’s still possible General Motors will return to Janesville.

Mike Sheridan made the comments in a Gazette interview last week.

Businessman Bill Watson has been saying he can deliver businesses for a large industrial park west of Milton if the interchange is built.

Sheridan said Watson, who has been trying to convince municipalities in the Milton area to back the new interchange, hired Sheridan as a project consultant.

Sheridan said his job was to introduce Watson to federal-government Democrats, such as Rep. Mark Pocan, and labor leaders because federal and labor support would be important to getting the proposal approved.

Sheridan would not say how much he was paid. He said his paycheck was “minimal.”

A new GM plant is not in the cards for the interchange, however, Sheridan said.

“That’s never been discussed,” Sheridan said in a Gazette interview.

Sheridan believes the interchange would be a “good deal” for Milton, and he would work with anyone who wants to bring good jobs back to the area.

Sheridan said he is dedicated to bringing family-supporting jobs back to the area.

“I have the ability to open doors and talk to people about bringing business here,” he said.

Sheridan believes GM can be persuaded to build a new plant somewhere in Janesville, but not on the site of the old plant.

Sheridan did not want to talk about bringing GM back because he didn’t want people to think he was pandering for votes, he said. He reluctantly acknowledged to The Gazette that he has been talking about a new GM plant with some in the community.

“I have continued my efforts behind the scenes to try and lure GM back to town,” he said.

Sheridan knows that many people believe GM will never return to Janesville, “but I have been in too many meetings” to believe that.

Sheridan formally announced his Senate run Sunday while standing next to the Bessie the Cow statue, a landmark on Janesville’s north side.

Sheridan said he chose the site next to Bessie for his announcement mainly because it’s adjacent to Interstate 90/39, which is slated for a major lane expansion between Beloit and Madison in 2015 if the state can find new revenue streams for road projects.

Sheridan touted his former work in the Assembly getting the expansion project enumerated and on the state’s schedule for highway upgrades. He said he’ll push to keep the project on track.

“If you ever ride up and down the Interstate, you know it’s time for an expansion,” he said.

Sheridan was flanked by about 30 residents who attended the announcement. A handful of local labor union workers–some who wore hardhats and reflective vests–also were at the event.

On Sunday, Sheridan did touch on the chance of GM coming back, although he was careful not to specify where a plant could be located.

“We have a chance. There is a chance to bring GM back to Wisconsin,” he said.

He suggested other auto manufacturers could be enticed to Janesville.

“If not GM, what about Volkswagon?” he said.

Sheridan also suggested he’s spoken with state, federal and corporate officials about expansions to the airport on Janesville’s south end and how upgrades could bring in other manufacturing, including a potential Boeing manufacturing plant.

Sheridan is a former General Motors employee and president of United Auto Workers Local 95. He was a lobbyist for the state AFL-CIO for about 18 months until he quit last month to run for this office, he said.

Sheridan faces a primary Aug. 12. Also running on the Democratic ticket are Evansville’s Rep. Janis Ringhand and Austin Scieszinski, a Janesville native with ties to the incumbent, Sen. Tim Cullen.

Cullen is not running for re-election.

Sheridan said he should be the 15th District’s next Senator because he has the rare ability to work with both sides to get things done. He pointed to Reuther Way, the access road built for General Motors, which he said got done because he helped form the coalition of labor and business.

Sheridan was elected to the 44th District of the state Assembly in 2004 and became Assembly speaker in 2009, only to lose his seat in 2010 to Republican challenger Joe Knilans.

Sheridan disclosed in 2010 that he was dating a lobbyist for the payday loan industry. He said at the time he was going through a divorce.

At the same time he was dating the lobbyist, he backed a bill that regulated the payday loan industry, a bill that originally had tougher provisions. The bill was watered down, according to some, and some said Sheridan broke trust with his constituents to pass a bill favorable to his girlfriend.

Sheridan says that’s not what happened.

“I would never do anything in my job that was not ethical,” Sheridan said.

He said he knew that dating the lobbyist could be perceived badly. At the same time, Democrats were divided on the bill, and those divisions meant it couldn’t pass as originally drafted because Republicans would not support any bill.

So Sheridan appointed a committee from both sides of the Democratic divide to resolve differences, removing himself from the process, he said.

Sheridan said ruefully that the Republicans gutted provisions of the bill after the GOP gained control of the Legislature in 2011.

Sheridan, 4244 Ruger Ave., Janesville, said he has been divorced for more than three years and is now in a committed relationship with Kim Pavlik, a kindergarten teacher at a Catholic school in Madison. Pavlik was at Sheridan’s side for the interview.