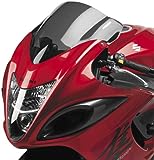 Washington — The U.S. Supreme Court refused to hear Fiat Chrysler’s appeal Monday after a federal appeals court ruled that state dealer franchise laws in Michigan and Ohio can’t prevent the reopening of a handful of Chrysler dealers that were shuttered during the company’s 2009 bankruptcy.

None have yet reopened.

The terminated dealers have asked a federal judge in Detroit to oversee the case until they are reinstated as dealers. They said that Fiat Chrysler noted in a filing with the appeals court that “the inevitable next step” is that they will get letters of intent that will lead to a sales and service agreement.

The dealers will be required to have at least a two-acre site with 16,000-square-feet of structures that meet the company’s requirements. They also must have working capital of between $986,500 and $1.38 million, among other requirements.

The “dealers are ready, willing, and able to comply with Chrysler’s reasonable requirements, as their persistent pursuit of their legal rights over the past five years demonstrates. But the process requires Chrysler’s cooperation,” the dealers said in a legal filing.

“The company arbitrated in good faith and met the requirements to the federal statute in issuing a customary and usual letter of intent to prevailing arbitrating dealers. We will continue to ensure these dealers meet the financial and operational prerequisites” said Fiat Chrysler spokesman Mike Palese.

Chrysler — now legally FCA US — is a unit of Fiat Chrysler Automobiles NV.

In 2009, Chrysler decided to close nearly a quarter of its dealers network, or 789 of its nearly 3,200 dealers, as part of its bankruptcy restructuring. The dealers had just 22 days’ notice before they were required to close.

That December, Congress passed legislation giving dealers that were closed by Chrysler and General Motors Co. the right to arbitrate their closings. President Barack Obama signed the legislation.

Chrysler offered letters of intent to 50 former Chrysler dealers before arbitration. Of more than 400 dealers who went to arbitration, Chrysler won 76 cases while 32 dealers won arbitration; the rest were settled by other means. The letter of intent didn’t reinstate a dealership, but set the framework for reaching an agreement on the terms to reopen.

In 2012, U.S. District Judge Sean Cox ruled that the law passed by Congress allows dealers who won only to receive a letter of intent to enter into a sales and service agreement and does not grant automatic reinstatement to Chrysler’s dealer network. He also ruled that the law does not pre-empt the provisions of state dealer laws governing the establishment of additional like-line dealers in nearby areas.

Cox issued an order last week saying he is considering the next steps in the case.

But the federal appeals court reversed Cox’s ruling and said the 2009 federal law did in fact pre-empt state dealer franchise laws in Nevada and Michigan. An Ohio dealer’s lawyers didn’t raise that issue on appeal, so the appeals court didn’t apply the ruling to Ohio.

“Contrary to the district court’s conclusion, however, the state acts provide for redetermination of factors directly addressed in federally-mandated arbitrations closely related to a major federal government bailout,” said the unanimous opinion written by Judge John M. Rogers. He was joined by Judge Richard Allen Griffin, from Michigan, and Judge Gregory F. Van Tatenhove. All three were appointed by President George W. Bush.

The ruling means the closed dealers are closer to reopening. But the law requires Chrysler to “meaningfully facilitate incorporation of prevailing dealerships back into the network.” The court warned that the letter of intent can’t contain “onerous provisions or conditions that a voluntarily entered into contract would not contain.”

The appeals court also ruled in favor of Livonia Chrysler Jeep, which said Chrysler had sought a veto over its location if it reopened.

By the time dealers won arbitration, Chrysler had offered franchises to some dealers in the areas where some shuttered dealers operated — and then argued that state dealer franchise laws prevented them from allowing some closed dealerships to reopen.

Eight of those dealers sued in 2010 to force Chrysler to immediately allow them to reopen.

Chrysler Group was created in 2009 as a government-sponsored company from the sale of old Chrysler’s good assets.