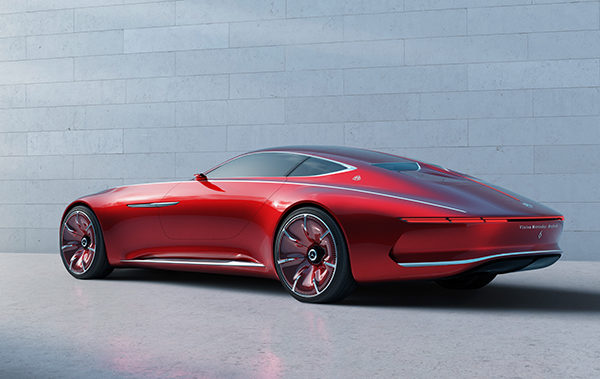 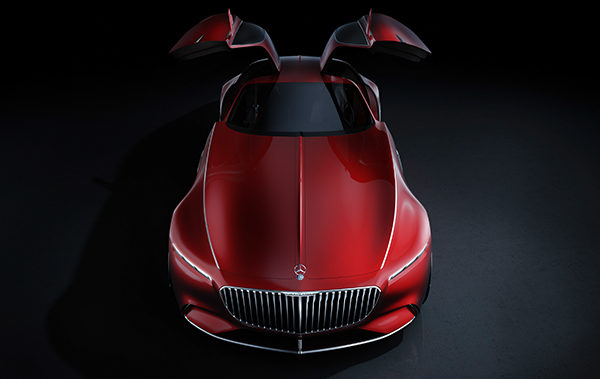 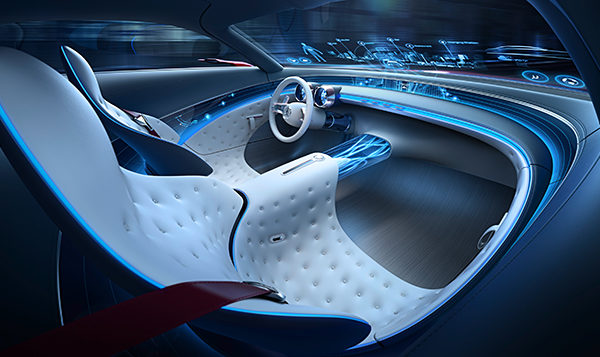 Mercedes is finally getting into the electric car game, with reported plans to roll out a line of battery-powered offerings by the end of the year.

Whatever that means for the company’s future and the greater world of electric driving, it clearly gave the automaker’s designers new material for their dream boards.

Their latest concept is the all-electric Vision Mercedes-Maybach 6, which the automaker unveiled during the week of festivities surrounding the 2016 Pebble Beach Concours d’Elegance. What Mercedes calls a “large coupe,” anyone with eyes would call—nearly 20 feet long and riding on 24-inch wheels—ginormous.

Somehow, the car’s provides enough room for just four people and two doors (which swing upward, because how else would they open?). Whoever scores a seat will enjoy four electric motors, which together send 750 horsepower to the four wheels. That’s enough juice to jolt you from a standstill to 62 mph in under four seconds, and up to 155 mph. Mercedes says the 80-kilowatt-hour battery provides 200 miles of range.

This being a concept, it’s packing a battery of high-tech, hard-to-believe features. Sensors in the seats read your body temperature and adjust the A/C accordingly. The car notes the color of your clothing to gin up fun new lighting schemes. The entire windshield serves as a head-up display, operated via gesture controls. Hopefully Merc includes pinch to zoom, so you can see the end of the hood from the driver’s seat.

One thing you won’t see is the Vision 6 in a dealer lot. But Mercedes didn’t use what looks like enough aluminum to cover a football field just to give you a peek at next year’s lineup. It made the thing to power itself up for a future where gasoline has no place, but there’s still no denying the appeal of a well-drawn coupe.