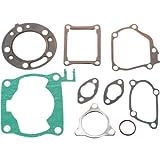 Welcome to the hive of Chris Grundler, EPA bureaucrat and bane of the auto industry.

In low brown-brick buildings near the University of Michigan, 350 workers test the emissions on 400 vehicles a year, tearing them apart as needed. Their tools detect pollutants like nitrogen oxide at 100 parts per billion. In a hangar-size garage, they chain 80,000-pound freight trucks in place and spin their wheels at 90 miles an hour, measuring the exhaust.

Welcome to the hive of Chris Grundler—environmental sleuth, bureaucrat and more-than-occasional bane of the auto industry.

As head of the U.S. Environmental Protection Agency’s air-quality and transportation office, Grundler holds as much sway as any single human over how global automakers allocate more than $100 billion in R&D money each year. Sometimes they chafe. At the moment, he’s saying Fiat Chrysler Automobiles NV needs to spend $5.1 billion to comply with U.S. fuel economy standards for 2025—a huge burden for a company just seven years removed from bankruptcy. But it’s a price Fiat Chrysler must and can pay, Grundler says, as the U.S. intensifies its fight against climate change.

“Grundler has the government job most important to the environment that nobody knows about,” said Daniel Becker, director of the Safe Climate Campaign.

It was Grundler’s lab in Ann Arbor that helped confirm Volkswagen AG had installed software devices to cheat on diesel emissions tests, and he’ll testify this week in Brussels on how the European Parliament can head off similar schemes in the future. Last week, a U.S. House subcommittee weighed whether the 2025 fuel economy standards he helped write will make it harder for low-income Americans to buy cars. And with President Barack Obama’s administration setting a clearer regulatory path last week for self-driving cars, Grundler faces the prospect that there soon may be even more vehicles on the road.

“Will self-driving be heaven or hell? Utopia or dystopia?” Grundler, 59, said in an interview. “I don’t have the answers. But we’ve certainly concluded there is an environmental public-policy aspect that needs to be considered.”

That’s one nice thing about being an employee who first joined the EPA in 1980: Grundler will still have a job on Jan. 21 regardless of who wins the White House, so he’ll be around to influence those policies. His office will still regulate emissions from cars, trucks, lawnmowers, ships, planes and trains—plus gasoline and ethanol. He’s been so busy since 2009, when President Barack Obama’s administration designated carbon dioxide as a pollutant, that his 28-foot sailboat hasn’t been in the water since.

For now, Job No. 1 is using his facility’s test results in a so-called midterm review to defend Obama’s fuel economy mandate for 2025. The mandate calls for average fuel economy—a measurement across the mix of an automaker’s cars and trucks actually bought by consumers—to rise from 35.5 miles (57 kilometers) per gallon in 2016 to a projected 50.8 in 2025.

The targets occasionally put him at odds with automakers who are required to steadily improve efficiency for each car, truck and sport utility model as well as meet the fleet average—even if consumers balk at the changes. Grundler insists automakers ultimately will benefit by cutting emissions for both cars and trucks at roughly the same pace as the EU, Japan and China.

“Never again will U.S. automakers be at a competitive disadvantage,” said Grundler, who drives a Ford Fusion plug-in hybrid. “They’ll be offering efficient vehicles across their lineup.”

The challenges are best spelled out in Grundler’s comparison of regulatory costs facing Fiat Chrysler and Honda Motor Co. They were contained in a 1,217-page Technical Assessment Report published in July by three agencies: the EPA, the National Highway Traffic Safety Administration and the California Air Resources Board.

The report predicts that costs will be higher for Fiat Chrysler because it has the heaviest and least fuel-efficient U.S. fleet and is among the least reliant on battery-only cars and plug-ins. Grundler estimates FCA will need to spend $2,254 a vehicle to comply with the 2025 target, more than twice Honda Motor Co.’s $901. A quarter of FCA’s fleet will need start-stop devices to shut engines off at stop-lights, while Honda won’t need any.

Such cost projections may be misleading because Grundler and his team can make mistakes about technology, said Mike Dahl, FCA’s head of regulatory compliance. Four years ago, Grundler predicted fuel-saving dual-clutch transmissions would be in 56 percent of U.S. vehicles by 2025. He erased them from his forecast after drivers complained of lurchy driving.

“Market acceptance met neither our expectations nor those of regulators,” Dahl said.

“We believe the targets are good, although it will be more expensive and take more technology than the agencies recognize,” said Bienenfeld, Honda’s assistant vice president for U.S. environmental strategy.

Mitch Bainwol, president of the Alliance of Automobile Manufacturers, said he’s also concerned that the targets could make cars too expensive, just as a record six-year run of U.S. industrywide sales gains is coming to an end. “Climate change isn’t something that energizes the average Joe’’ to buy vehicles, he said at an industry conference in August.

Perhaps to his advantage when delivering news companies don’t want to hear, Grundler, with his gray hair brushed forward to his forehead, tends to speak softly and slowly.

“He doesn’t get riled,” said Mary Nichols, chairman of the powerful California Air Resources Board, which predates the EPA itself and whose labs worked with Grundler’s on the VW investigation. “He doesn’t make himself the issue.”

Born in Germany and raised across the state in Kalamazoo, Grundler was promoted to his current job in 2012. The lab he calls a national treasure doesn’t look like much. It’s a string of garage-like work spaces with an annual budget of $20 million. Its employees conduct the tests at three stages: while a car’s being designed, when it’s new and after it’s been used by consumers.

The lab gained stature in 1997 when Grundler bought a pickup, hacked into the engine control module, modified the catalytic converter and used the results to disprove automaker claims that trucks can’t meet the same emissions standards as cars. The workers run tests in the laboratory and on the open road, sometimes in ways the automakers can’t anticipate.

Such savvy has given Grundler a measure of renown in an era when Volkswagen has agreed to $15.3 billion in penalties for cheating. He said he’s been deluged with calls by regulators from Belgium to Chile to South Korea, all determined not to get hoodwinked again.