Fate is strange, that I should find myself driving a thing called a Fiat 124 Spider. Forty years ago, this was my first car, with Carolina blue paint and mildewed black vinyl interior. It had sat out a while.

I grabbed my dad’s tools and crawled up its bunghole for about three months. I replaced the engine, which then blew up on its first pass over 100 mph in a cloud of rust. I replaced the engine again, fitted with tube headers and all, got it back on the road, and the following weekend the car was smashed to bits in a rear-end collision by a friend driving the exact year-make-and-model Fiat.

He probably saved my life. That car’s oversteer was satanic, and I don’t think the tires had been changed since the first owner shipped off to Vietnam.

At the press event in northern San Diego County, Fiat Chrysler Automobiles execs noted that the Fiat 124 Spider was one of the most popular sports cars of its era (1966-1985), with over 170,000 sold. Even more amazing, the briefing went, 8,000 of these cars are still on the road in the U.S. So remain vigilant.

There are two assertions I would like the reader to value equally, if at all. The first is that my 1971 Fiat 124 Spider—penned by the prolific Tom Tjaarda for Pininfarina in Turin—was a fantastic-looking car: A lithe, graceful cabriolet, smart as paint, with 2+2 seating and a very sound umbrella top, come to think of it. Even as the 1970s wore on, and the federally mandated baby bumpers got clumsier, the 124 Spider maintained its visual lightness, like a scarf in the air.

Second, this new Fiat 124 Spider, this Mazda with Italian chest hair pasted to it, is less than fantastic, styling-wise. And not because Fiat is invoking the sacred memory of my old car. You could call it Luigi Pepperoni and it still wouldn’t be Italian.

I’m not even taking prisoners here. I’m baffled. This car—emerging out of a deal between Fiat and Mazda in 2012—is a re-bodied and re-engined version of the Mazda MX-5 Miata. That itself is a bit of a nettle, since the fourth-generation Miata is a superb car on its own that one alters at one’s peril.

Built by Mazda hands in Hiroshima, Japan, on the same assembly line as the Miata, the 124 Spider—nicknamed “Fiata” to the despair of the PR department—shares Miata’s architectural hardpoints: same wheelbase (90.9 inches), front and rear track, and overall height, within a 10th. The engine and all the body panels are unique to the Fiat.

However, the “Fiata” is 5.5 inches longer, and much of that length is ahead of the front wheels, in overhang, which—elephant in the room—spoils the proportions. The front-end styling is heavy, bulky, and evidences a strain in the styling department to meaningfully depart from the sinuous curves of the Miata.

The additional mass in the rear bumper clip is an attempt to visually balance the front.

The attempts at historicity don’t connect. The glowing headlamp shape should be round, not ovoid. The central grille should be more three-dimensional, with graphic inset mesh.

One particularly naked emperor at the press briefing noted that the historic 124 Spider had a lovely, undercut front valance, the classic barchetta profile. He then turned to the new car as to suggest the same. This thing has a chin like Victor Mature. 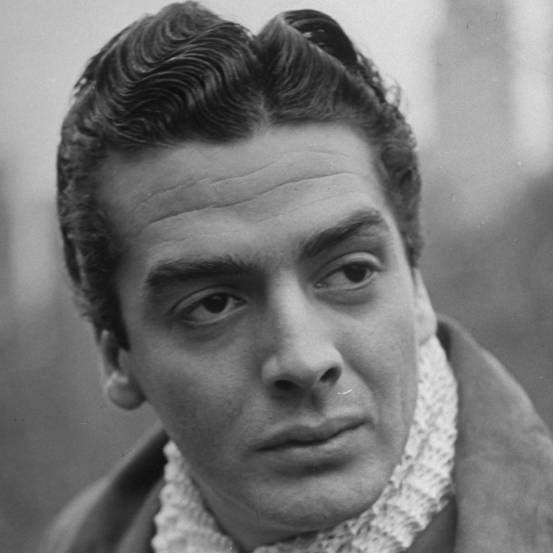 Yes, yes: aero, cooling, pedestrian crash. These are problems to solve, not conditions to accept.

So this is my problem: The immaculately drawn Miata looks like the Italian car and the Fiat looks more like the Japanese car. Actually, since we’re recalling the era, it looks more like a latter-day British MGB. Yet if you can divorce from your mind the knowledge of the Miata, the 124 Spider works on its own: a compact, ripped sporter. What’s lost in translation is the exquisiteness, the aching, Italianate urge toward beauty, as in the Alfa Romeo 4C.

By way of issuing the Mazda an Italian passport, Fiat gifted their version with FCA’s stellar turbocharged 1.4-liter four cylinder (160 hp/184 pound-feet at 2,500 rpm) out of the 500 Abarth, buttoned to the Miata’s perfectly perfect six-speed manual transmission, or a slick six-speed automatic with manual shifting paddles. 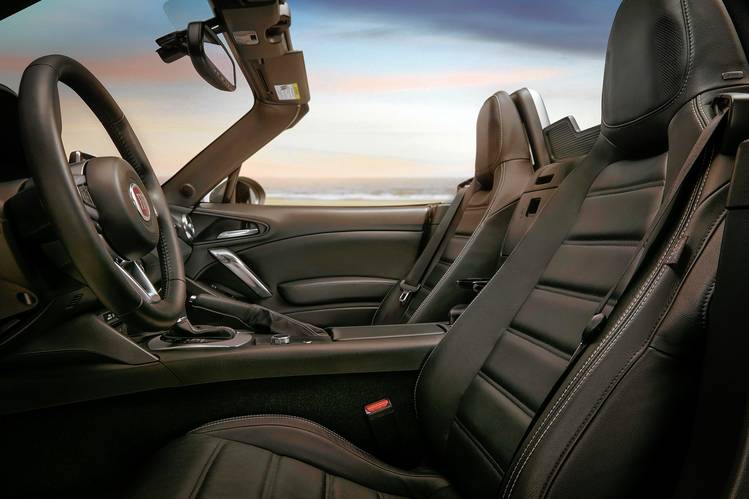 Fiat’s turbo-four is a splendid, sonorous little widget, and its defining character—a giddy wind of turbo torque and an edgy throttle coming in at low rpm (2,500 rpm)—makes it easy to do the tiny dancer thing, balancing the little car on power, skittering and sawing around corners. The 124 Spider Abarth, the high-performance edition with a limited-slip differential, can be kitted out with a hilariously aggressive Mopar exhaust system that sounds like a drum-line showdown.

In the Abarth, one can switch off all driver’s aids except anti-lock brakes and go for autocross glory. For this event Fiat had laid out the mother of all parking-lot cone courses, with 14 unique corners of changing camber and a long back straight where pilots started braking and downshifting from third gear.

The 124 Spider Abarth strafed this course like a mad bumblebee. One tribal curiosity is the Abarth’s available turbo pop-off valve, which noisily relieves excess turbo pressure when the throttle demand is reduced. From corner to corner, our Abarth test car issued shimmering, Stanley Steamer-like bursts—PWISHH!! PWISHH!!

But with all due respect for the delicate chassis tuning the Fiat team did, and the tens of thousands of miles of validation and calibration, the 124 Spider drives at the limit pretty much like the Miata. The Miata’s naturally aspirated engine needs to be kept a’boil, because that’s where the horsepower is. Far from being laggy, the Fiat’s turbocharged engine pulls for all its worth at low rpms, so it’s actually more tractable than the NA engine but doesn’t rev quite as high (6,250 rpm fuel cutoff, compared with the Miata’s 6,800 rpm).

You know, the Fiat has a bit more compliance overall. The Abarth could use a little more front sway bar, which I’m sure Mopar will be happy to provide. Otherwise, the Fiata sort of ends up where it started, which is with a very fine roadster indeed.

My problem with the turbocharged engine is its apparent lack of necessity. It pains me to point out that the engine that the Miata already uses—a torque-y, rev-happy 2.0-liter twin-cam four, naturally aspirated—is exactly the kind of engine that came in the old 124 Spiders. Indeed, these engines powered generations of
Fiat and Alfa Romeo sports cars.

The new 1.4L MultiAir has a 5 horsepower advantage over the Miata mill (9 hp more in the Abarth), but the Fiat’s additional weight of around 100 pounds means the power-to-weight ratio of the two cars is nearly identical. It also concerns me that the packaging of the turbo engine, with its various cooling requirements, is actually the factor that has bulked out the front styling, with cascading consequence from nose to tail. If so, that was no kind of bargain.

Mazda already builds a classic Italian sports car engine. If you could change anything, why change that?