$89.99
Home › Blog › US Automotive News › The only thrill in driving Toyota’s Rav4 Hybrid is the gas mileage – CNNMoney 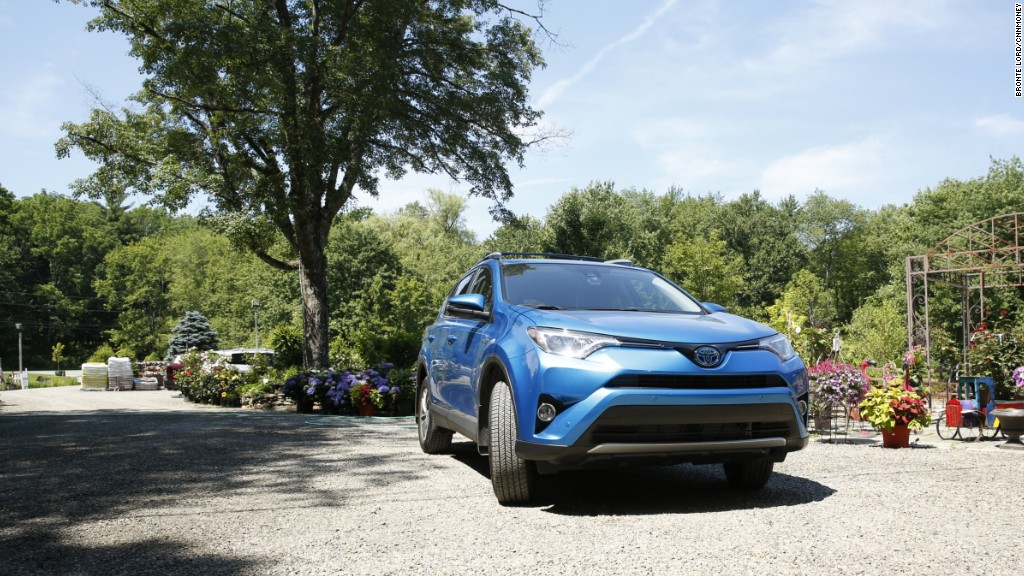 Let me be up front about something. I don’t like the Toyota Rav4. In fact, I kind of hate it.

Yes, I know, the Rav4 is incredibly popular. Toyota’s reputation for reliability, among other good things, has made the Rav4 a top seller. And it does have its strong points. It’s certainly practical, as a compact crossover SUV ought to be. The exterior design is nice and, I think, Toyota has some great exterior color options.

It’s when I get inside that I start having issues. Everything about the car — the way the interior looks, the way the knobs and switches feel, the way it feels to drive it down the road — seems designed, beyond anything else, to remove any chance that you might be bothered by something.

The suspension so thoroughly absorbs every ripple that you are allowed to feel absolutely nothing. The steering wheel feels like its guiding the car by remote control.

A properly tuned vehicle shouldn’t feel like you’re driving a video game car. There should be some feedback from the road through both the steering wheel and the seat of your pants. That doesn’t mean you feel every bump or that the steering wheel is jiggling in your hands. What you sense through your hands and legs should be informative, but not unpleasant. It helps you to feel you’re really in control of the car.

Driving is — or should be — a complete sensory experience not just something you watch happening with your eyes. When it becomes a purely visual experience in which I just happen to be turning a wheel and pressing pedals, it all feels wrong to me.

As you can imagine, the all-new Rav4 Hybrid is no better in this sense. Otherwise, Toyota (TM) engineers did a great job making this new Hybrid version of the Rav4.

This is not a plug-in hybrid. It operates purely on its own internally generated power. Some of the power from the 4-cylinder engine is skimmed off to charge a battery. Power is also generated when braking and that’s channeled into the battery as well. When driving at low or steady speeds — when not too much energy is needed to make the car go — the Rav4 Hybrid can run on electricity alone. The gasoline engine takes over during acceleration or at times when more power is needed.

All of this results in the Rav4 Hybrid having the best fuel economy of any SUV that doesn’t plug in. It gets an EPA-estimated 34 miles per gallon in city driving and 31 on the highway. (Yes, those figures are correct. Like many hybrids, the Rav4 Hybrid is more efficient is slower city driving.)

In my own experience, the Rav4’s efficiency was amazing. It sometimes exhibited average fuel economy figures in the upper 30s, even better than the EPA estimate. And, believe me, I wasn’t trying. I hardly ever used the optional Eco mode and often, because it’s my job, I jabbed hard at the gas pedal to see how this thing would do in a pinch. (Not so great, but good enough for most real life purposes.)

It still might not make sense to buy a Rav4 Hybrid to save money on gas because, of course, it costs more. For starters, the Hybrid is only available in the more expensive upper trim levels. Prices for the Hybrid start at about $28,000. Keep in mind that you’ll only save about $300 a year in gasoline, according to the EPA.

Too bad because, as far as Rav4s go at least, this one is my favorite.