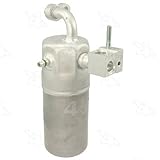 Toyota will launch production of its first commercially available hydrogen fuel-cell vehicle before the end of the year, earlier than expected, according to a report from Japan.

Toyota first revealed plans to get into the hydrogen car market last year, at the Tokyo Motor Show. It has produced a number of prototypes in recent years, but the Japanese giant has been suggesting it might go the fuel-cell route as an alternative to depending on battery-electric vehicles to meet tough new Zero-Emission Vehicle, or ZEV standards.

The first Toyota battery cars would come in at around 8 million yen, according to the Japan Times, which would work out to a hefty $78,000, though the English-language publication noted that by the beginning of the next decade, Toyota would like to trim that to somewhere between 3 million to 5 million yen, or between $30,000 and $50,000 at current exchange rates. Toyota has indicated it will introduce a modified version of its Tokyo concept vehicle in the U.S. – with sales concentrated in southern California, where there is a small but growing network of hydrogen fueling stations. It is unclear whether it will reduce the price of the American fuel-cell vehicle in order to build demand – much as automakers have done to spur sales of battery-electric vehicles.

Hydrogen power is seen as the ultimate clean fuel. The lightweight gas is combined with oxygen from the air inside a device called a fuel-cell stack. That creates a flow of current that can be used to power the same sort of electric motor drive system found in a battery car. But fuel cells can offer better range than current lithium-ion batteries, and hydrogen vehicles can be refueled in minutes, far faster than a battery-car can be recharged. Meanwhile, the only exhaust is water vapor.

Toyota sis not immediately respond to a request for comment by TheDetroitBureau.com on the apparently sooner production date of the hydrogen car. According to the Japan Times, it is set to go into production at the maker’s plant in Motomachi. Also unclear is when the vehicle will reach the American market, though Toyota has suggested that should come sometime in 2015.