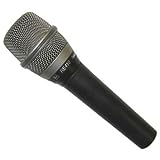 Toyota Ahead as Hour 10 Ends Under Safety Car – Sportscar365

The No. 6 Toyota TS050 Hybrid continued to lead after the 10th hour of the 24 Hours of Le Mans, which ended behind the safety car when Kevin Estre’s No. 91 Porsche 911 RSR suffered an engine failure and dropped oil at the Porsche Curves.

After taking over from Stephane Sarrazin, Mike Conway briefly relinquished the lead to Neel Jani in the No. 2 Porsche 919 Hybrid, only for the Swiss to pit just a few laps later and hand over to Romain Dumas.

The second Toyota of Sebastien Buemi holds third, with a lap in hand over Loic Duval in the No. 8 Audi, which had to make an additional pitstop to replace a slow puncture.

The race-contending No. 1 Porsche spent over an hour in the garage while the team attended to an overheating issue, but was only able to complete one slow tour before returning to the pits.

After very long stop for Mathias Beche in the TDS by Thiriet Racing Oreca 05 Nissan, Nicolas Lapierre is back in the LMP2 lead in the Signatech-Alpine A460b.

The Frenchman has a minute in hand over the No. 26 G-Drive Oreca 05 Nissan of Rene Rast, with Beche now third and Jake Dennis fourth in G-Drive’s Gibson 015S Nissan.

After completing a full system reset, the No. 47 KCMG Oreca 05 Nissan briefly returned to the race, only for Richard Bradley to abandon the car at the Porsche Curves due to an unspecified problem.

The timing of the safety car proved beneficial for Ferrari, as Toni Vilander retook the lead in GTE-Pro.

The No. 82 Risi Competizione 488 GTE completed its 10th stop under green and when former leader Dirk Mueller pitted in the No. 68 Ford GT, he was held at the end of the pitlane.

Richard Westbrook now runs second in the No. 69 Ford, with Mueller third and Nicki Thiim fourth in the best-placed of the Aston Martins Vantage GTEs.

The No. 66 Ford GT had been in podium contention in the hands of Olivier Pla when it lost a lap with electrical problems and was then wheeled into the garage shortly before the hour mark.

After an eventful stint for Paul Dalla Lana in the No. 98 Aston Martin, David Heinemeier Hansson is back in the GTE-Am lead in the No. 88 Abu Dhabi Proton Racing Porsche.

The Dane has a two-minute lead over the No. 62 Scuderia Corsa Ferrari 458 Italia of Bill Sweedler.