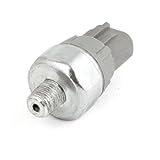 Toyota has joined the race to build a self-driving car.

The Japanese automaker announced it’s dropping $50 million in the next five years to establish research centers with both Stanford and MIT, to work on artificial intelligence and autonomous driving technology.

“We will initially focus on the acceleration of intelligent vehicle technology, with the immediate goal of helping eliminate traffic casualties and the ultimate goal of helping improve quality of life through enhanced mobility and robotics,” says Kiyotaka Ise, Toyota’s head of R&D.

Research at MIT will focus on “advanced architectures” that will let cars perceive, understand, and interpret their surroundings. That will be led by Daniela Rus, who recently worked on self-driving golf carts and the laser, or LIDAR, sensors autonomous vehicles typically use to map the world around them.

The folks at Stanford will concentrate on computer vision and machine learning. That technology is key to teaching cars to navigate the outside world, where just about anything can happen. It will also work on human behavior analysis, both for pedestrians outside the car and the people “at the wheel.”

Before today’s announcement, Toyota talked little about autonomous research. A year ago, its deputy chief safety technology officer publicly rejected the idea, saying “Toyota’s main objective is safety, so it will not be developing a driverless car.”

The automaker has expressed interest in advanced safety systems, which use radars, cameras, and simple calculations to brake when a collision is imminent, or adjust the steering if the car drifts out of its lane. The research it’s now talking about would enable far more than those functions.

Toyota’s still not saying if it intends to build a car that will drive itself, or when that could happen. Its rivals are more bullish. Nissan and Mercedes have pledged they’ll put self-driving cars on the market by 2020. Audi’s already working on the human machine interface the technology will require.

In 2017, Volvo plans to put 100 customers in cars with autonomous capabilities and turn them loose in Sweden, to test its technology. And Google’s covering 10,000 autonomous miles a week on public streets.

Ford, GM, Honda, and Nissan are involved in University of the Michigan’s Mobility Transformation Center, a 32-acre faux metropolis designed specifically to test automated and connected vehicle tech. In June, Ford announced its autonomous technology research was moving to “advanced engineering,” the second of three phases before it’s ready for the market. Industry supplier Delphi sent an autonomous car across the country earlier this year.

Toyota hasn’t revealed its longterm intentions, but if this research goes well, it could play a big role in the coming shift to robo-drivers.