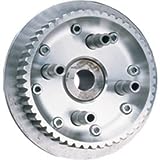 Millions of Toyotas around the world, connected to LTE, quietly uploading and downloading from a huge, nondescript building far, far away: that appears to be the end goal of a new initiative announced by Toyota today, which will see the installation of “Data Communication Modules” (DCMs) in a bunch of new models. Exactly what features that cellular connection buys you will probably vary from country to country — but at the very least, Toyota notes that every single DCM-equipped car will have standard emergency notification in a crash, triggered automatically by airbag deployment. All of the cars will connect to a “Toyota Big Data Center,” a somewhat ominously named facility that will “analyze and process data collected by DCM, and use it to deploy services under high-level information security and privacy controls.”

A number of automakers have added standard cellular connections in recent years that enable features like emergency notification, remote vehicle monitoring, and so on. GM, for instance, has had its OnStar service in various forms for nearly 20 years. But for Toyota, the largest automaker in the world, this marks a substantial advance for the democratization of the connected car — assuming the DCM doesn’t end up a high-cost option. Toyota hasn’t yet revealed exactly which vehicles will get it or when, but the deployment will start in the US and Japan on certain 2017 model year vehicles with “additional regions and countries” to follow.

Toyota’s announcement follows a similar move by Ford, which recently announced its intention to install LTE more broadly with its Sync Connect feature. Ford, Toyota, and others have already had the capability to deploy data services to cars without built-in modems through channels like Wi-Fi and Bluetooth tethering, but bringing the cellular connection inside the car makes certain features easier — vehicle location, for instance, for when you lose your car in a parking lot.