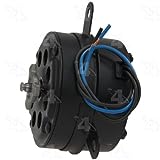 Toyota Motor Corp. said it will recall about 6.5 million vehicles worldwide to fix power-window switches that may short circuit and potentially lead to a fire.

About 2.7 million of the recalled vehicles are in North America, with 1.2 million in Europe and 600,000 in Japan, Toyota said in an e-mail Wednesday. The recalled models produced outside of Japan include the Camry, RAV4 and Highlander.

Toyota said it isn’t aware of any crashes caused by the fault, which resulted from inconsistent application of a sprayed-on grease on electrical contact points in the power switch. Debris can accumulate where insufficient grease is applied and result in a short-circuit, causing the switch assembly to overheat and melt, potentially producing smoke and leading to fire, the company said.

The carmaker got one report of a customer in the U.S. receiving a burn on the hand, and 11 reports of where the switch and door trim were burnt. Toyota dealers will inspect the switch and apply heat-resistant grease, a process that will take about 45 minutes. The internal circuit board will be replaced if the switch isn’t operating normally, the company said.