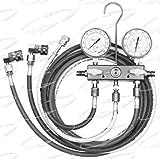 Today in Tokyo, Toyota announced that it is investing US $1 billion over the next five years to establish a new R&D arm headquartered in Silicon Valley and focused on artificial intelligence and robotics. The Toyota Research Institute (TRI) plans to hire hundreds of engineers to staff a main facility in Palo Alto, Calif., near Stanford University, and a second facility located near MIT in Cambridge, Mass.

Former DARPA program manager Dr. Gill Pratt, an executive technical advisor at Toyota, was named CEO of TRI, which will begin operations in January. Toyota president Akio Toyoda said in a press conference that the company pursues innovation and new technologies “to make life better for our customers and society as a whole,” adding that he wanted to “work with Gill not just because he’s an amazing researcher and engineer, but because I believe his goals and motivations are the same as ours.”

We spoke to Dr. Pratt to find out what kinds of things TRI wants to work on, how they plan to transform pure research into practical applications, and where all that money is going.