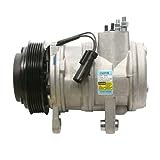 Toyota to produce a self-driving car by 2020 – Computerworld

Toyota today announced it has been road testing an automated vehicle called the Highway Teammate and expects to launch self-driving cars based on that technology by 2020.

So far, the Highway Teammate has been tested on Tokyo’s Shuto Expressway through a series of maneuvering trials covering a variety of automated functions, including merging onto or exiting highways, and maintaining or changing lanes.

Toyota said the Highway Teammate, which is based on a Lexis sedan, represents its view of the evolving “driver-car relationship in the age of artificial intelligence.”

“Toyota believes that interactions between drivers and cars should mirror those between close friends who share a common purpose, sometimes watching over each other and sometimes helping each other out,” Toyota state in a statement.

Toyota is far from being the only carmaker to promise vehicles with autonomous driving features. Google has been testing self-driving vehicles on American roadways for the past year. Tesla CEO Elon Musk said earlier this year that his company is close to producing a car that drives itself on highways and can automatically parallel park.

Nissan has said it will have a self-driving car on Japan’s roadways as early as next year. And, General Motors said last week that it has been using driverless cars to shuttle workers around its research and development plant in Warren, Michigan.

Toyota said it has been researching and developing automated driving technologies since the 1990s. The company is using the name Mobility Teammate Concept to refer to its approach to automated driving: building relationships between people and cars that share the same purpose.

“This approach acknowledges the utility of automated driving technologies while maintaining the fun experience of driving itself,” the company said.

Toyota explained that there are three types of intelligence that are crucial to the success of the Mobility Teammate Concept:

The company said it will continue to develop the latter automated driving technologies with the aim of achieving “a society where mobility means safety, efficiency and freedom.”