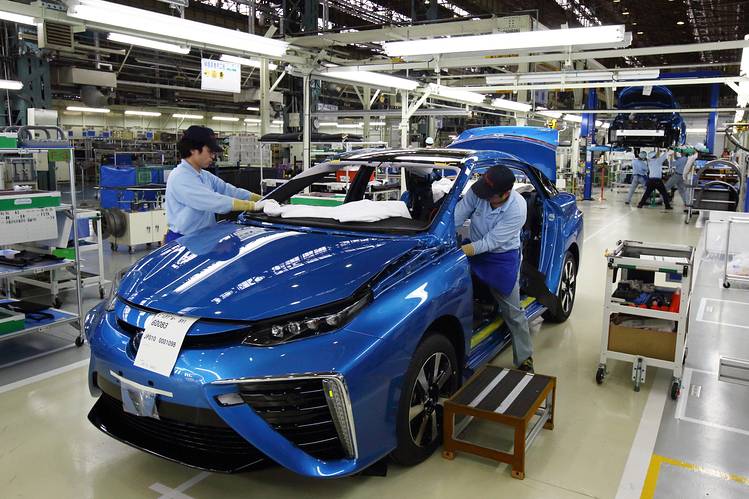 
said it would resume car production at many of its plants in Japan next week, after scaling back output following the recent earthquakes in southern Japan.

The auto maker had been shutting down most of its car assembly lines throughout the country this week due to component shortages after the earthquakes.

Eighteen assembly lines will resume production between April 25 and April 28, Toyota said in a statement. That includes lines at the Tsutsumi plant, where Toyota makes the Prius hybrid cars.

Eight assembly lines will remain shut next week, including two lines at the Miyata plant in southern Japan, which is close to the epicenter of the earthquakes that struck Kumamoto prefecture last week, it said.