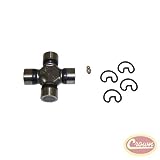 The Japanese automaker said the universities will also explore whether other materials, such as magnesium, could be used to make improved batteries, said Brian Storey, program manager for the Toyota Research Institute, which is based in Los Altos, Calif., but has offices in Ann Arbor and Cambridge, Mass.

Today’s hybrid, plug-in hybrid and battery electric vehicles are powered by lithium-ion batteries — a technology that Storey said was invented nearly 40 years ago.

“And we are just now beginning to perfect them,” Storey said.

The problem facing the auto industry is that existing batteries continue to be costly and have range limitations that have held back industry sales compared with cheaper, but less fuel-efficient gasoline engines.

Toyota said the research programs will follow parallel paths, as researchers work to identify new materials for use in future energy systems as well as develop tools and processes that can accelerate the design and development of new materials more broadly.

The University of Michigan will get a $2.4 million investment from the Toyota Research Institute that will be used to develop computer simulation tools to predict automotive battery performance.

The project will be overseen by the Michigan Institute for Computational Discovery and Engineering. Researchers will combine mathematical models of the atomic nature and physics of materials with artificial intelligence.

The project is part of a four-year, $35 million investment with research entities, universities and companies on research that uses artificial intelligence to help accelerate the design and discovery of advanced materials, TRI has announced.

The Toyota Research Institute was established in 2015 to conduct research into auto safety for autonomous cars, increase access to mobility for those who otherwise cannot drive and help translate outdoor mobility technology into products for indoor mobility.