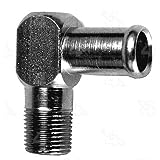 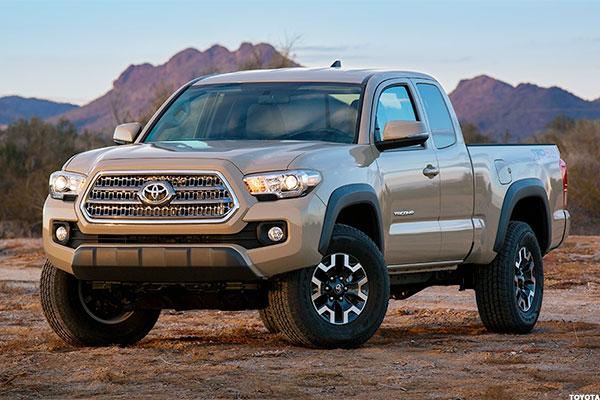 NEW YORK (TheStreet) — Toyota Motor Corp.  (TM – Get Report) introduced its midsized Tacoma pickup truck in 2005, then allowed a decade to go by until the model’s latest redesign — quite a long stretch in modern automotive terms.

It isn’t waiting long this time. The new 2016 Tacoma, which begins arriving at dealerships this month, represents a key facet of Toyota’s latest effort to regain the big chunk of U.S. market share it lost after the global financial crisis. Among the new features of the 2016 model are a more powerful V6 engine, specialized technology for off-roading and a GoPro (GPRO) camera mount for documenting wilderness adventures or a stop by the highway patrol.

Last Tuesday, the Japanese automaker posted fiscal second-quarter earnings of $3.37 a share that beat a consensus by analysts of $2.94 a share. Nevertheless, the report was followed by a broad selloff of Toyota shares. The company’s American depositary receipts are currently trading at $131, up 4.4% for the year to date compared with the S&P 500 index, up 1.9% for the same period.

Disappointment with Toyota’s strong earnings relative to the rest of the automobile industry could reflect a belief among investors that further gains in the U.S., its most important market, will be difficult and hard fought. Some competitors have narrowed Toyota’s lead in categories such as quality while others have passed the company.

Must Read: 5 Toxic Stocks to Avoid This Summer

Expanding U.S. market share calls for improvement in many vehicle segments, not just one. On Wednesday, a Toyota executive told Reuters that the automaker is planning a “second top-of-the-line” flagship for its luxury Lexus line, in addition to the LS sedan.

“Americans have been using Toyota trucks for 50 years, to take them where cars won’t and to pursue their adventures,” said Bill Fay, division vice president and general manager. “With the new Tacoma we’ve built an unbelievably capable truck. Young consumers, especially those with an active, outdoor lifestyle will be attracted.”

In 2014, Tacoma accounted for more than 60% of the midsize truck segment, Ford Motor (F) and General Motors (GM) having earlier withdrawn due to the constraints of scarce capital and need to concentrate on modernizing other critical models, such as their full-size pickup trucks.

The new Tacoma now faces formidable competition from General Motors in the midsize segment from GM’s Chevrolet Colorado and GMC Canyon models. GM developed its midsize models mainly as a weapon against Ford, which still lacks a midsize entry.

Among Tacoma’s features aimed at off-roaders is “crawl control,” a computerized system that allows a driver to climb or descend over steep, rough terrain in low gear and at slow speed, without putting feet on brake or accelerator. Using only the steering wheel to guide direction, crawl control automatically directs power and braking to the appropriate wheels, depending on their traction, to optimize stability and climbing ability.

Fay said that 40% of Tacoma drivers take their vehicles off road, though that may include those who visit a vacation cottage at the end of an unpaved driveway.