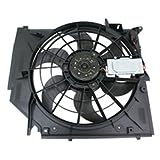 All eyes were on Donald Trump Monday as he tried to pivot his campaign following a week of bad press. The GOP nominee sought to seize the mantle of “blue collar billionaire” during a major speech on the economy in Detroit.

He emphasized his ambitious tax plan — which some experts have deemed unworkable — to make the case that his economic prescriptions will be better for working men and women than Hillary Clinton’s.

However, the real estate mogul’s history of vacillating over whether or not the U.S. government should have come to the aid of the American auto industry amid the Great Recession could provide a distraction from his newfound populist and protectionist message, which is being aimed squarely at Midwestern swing voters.

When the idea of an auto bailout was floated in late 2008, Trump was for it, according to interviews at the time. “You have to save the car industry in this country. General Motors can be great again. Ford can be great again. And Chrysler could be great,” he told CNBC at the time, using rhetoric he would later resurrect for his signature 2016 campaign slogan.

Trump echoed a similar sentiment that same year while appearing on Fox News: “I think the government should stand behind them 100 percent,” he told Fox Business anchor Neil Cavuto. “You cannot lose the auto companies. They’re great. They make wonderful products.”

But once the plan went into effect and Trump became a candidate for president, he began to sing a different tune, one that is much more in sync with his running mate Gov. Mike Pence’s long-held conservative view.

In an interview with The Detroit News that same month, Trump floated the idea of shifting auto production to states outside of Michigan to drive down the salaries of workers and suggested that the state would “(lose) a couple of plants” but “all of sudden you’ll make good deals in your own area.”

In that same interview, Trump mentioned a letter he’d received from Ford CEO Mark Fields regarding the company’s plans to invest in Mexico, which the eventual GOP nominee criticized this June and promised to single-handedly stop earlier in the year. Trump called it a “very, very nice letter” that nevertheless failed to justify Ford’s initiative south of the border.

But according The Detroit News, a Ford spokesperson said the letter actually detailed the “$6.2 billion we have invested in our U.S. plants since 2011 and our hiring of nearly 25,000 U.S. employees.”

“Mr. Trump thanked us for the information and said that Ford is a great company and that he is a Ford customer. We appreciate his kind words,” they added in a statement.

On Monday, Trump never mentioned the bailout during his address at the Detroit Economic Club, but instead highlighted that fact that there are fewer auto workers in Michigan today than their were prior to President Bill Clinton’s polarizing North American Free Trade Act (NAFTA).

“Detroit is still waiting for Hillary Clinton’s apology. She has been a disaster. Obama has been a disaster,” he said, without going into detail about how. Trump also raised the specter of the president’s Trans-Pacific Partnership (TPP) and linked it to Clinton, even though the Democrat says she does not support it.

“Hillary Clinton’s Trans-Pacific Partnership will be an even bigger disaster for the auto industry, believe me, even bigger and even worse than NAFTA,” Trump said Monday. “Just imagine how many more automobile jobs will be lost if the TPP is actually approved. It will be catastrophic. That is why I have announced we will withdraw from the deal before that can ever ever ever happen.”

Meanwhile, although the $80 billion auto bailout was never broadly popular with the public, it has been largely deemed a success in the years since it was implemented. The car companies have paid back the U.S. government, and to date, most of the news regarding American auto companies has been positive ever since.

In Michigan and perhaps even more importantly in Ohio, the auto bailout was extremely important. The government intervention saved more than 1 million jobs, according to a 2013 study from the Center for Automotive Research, and may have made the difference for President Obama when he was seeking re-election in 2012.

Although the bailout process began under his predecessor, President George W. Bush, the fallout of the auto industry rescue for better or worse has been associated with Obama. He won Michigan by roughly 10 points four years ago and Ohio by nearly 3, against Republican Mitt Romney, who had notoriously penned a New York Times op-ed entitled “Let Detroit Go Bankrupt.”

By most prognosticators’ accounts, Ohio, and perhaps Michigan, may be must-win states for Trump if he has any hope of overcoming Hillary Clinton’s electoral college advantages heading into the general election. The latest swing state polls show him trailing badly in Michigan but running about even with the Democratic nominee in Ohio.

Trump’s critics on the right have been hammering him for initially supporting the bailout, so he may have shifted gears to appease them — but in states like Ohio and Michigan, he may not be driving home a winning message if he stays in the lane of traditional Republican orthodoxy.