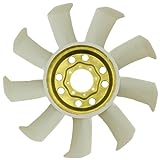 Automakers’ decision to scale back U.S. discounts in August is a sign they’re willing to maintain some price discipline, even if it raises the odds that industrywide annual sales will fall for the first time in seven years.

August reports arriving on Thursday may show a seasonally adjusted annual sales pace of about 17.2 million cars and light trucks, according to a Bloomberg survey of analysts, down from a 17.9 million rate in July that was the highest of the year. Incentives were lower than in July, when General Motors Co. offered 20 percent cash back on several Chevrolet models, according to vehicle-shopping website TrueCar.

Automakers aren’t chasing sales at any cost, the practice that helped force GM and Chrysler to restructure through bankruptcy in 2009. While discounts have, at least on paper, crept back up to pre-recession levels, there’s more cushion than ever: Transaction prices are at a record high as buyers opt for bigger vehicles with nicer interiors, electronics and driver-assist features. With that profit protection, carmakers don’t mind if the industry snaps a record streak of sales increases.

“It may or may not be a record but, look, any time you’re above 15 million is good,” said John Mendel, Honda Motor Co.’s head of U.S. sales. “I’m bullish on the rest of the year.”

Even so, that has failed to cheer investors, who are more preoccupied with the lack of growth in the U.S. market and potential disruption to the industry from new technology, new entrants and new concepts of personal mobility. While the Standard & Poor’s 500 Index gained 6.5 percent this year through Tuesday, GM lost 6.9 percent, Ford Motor Co. fell 11 percent and Fiat Chrysler Automobiles plunged 24 percent. And it’s not just the traditional U.S. automakers under pressure from investors: Toyota, Daimler and BMW have all dropped 17 percent or more in 2016.

With the discounts eased, industrywide sales may have fallen about 3.5 percent in August, according to the average estimate in the Bloomberg survey. Among the projected declines are 8.2 percent for Ford, 4.9 percent for GM and 6.6 percent for Volkswagen’s VW and Audi brands. GM said on Tuesday that its sales would probably be down 5 percent to 6 percent.

Buyers continue to favor pickups and sport utility vehicles. Light trucks, which also include minivans, probably rose to 59 percent of all sales in August, according to Goldman Sachs, from 56 percent a year earlier.

The truck demand is helping Fiat Chrysler. Its deliveries are predicted to rise 5 percent, compared with year-earlier results that were revised last month after dealers and federal regulators called its reporting practices into question.

One company bucking the truck trend is Honda, whose car sales rose 6.8 percent through July — more than double its 3.3 percent gain for light trucks. Deliveries of the redesigned Civic gained 18 percent through July, overtaking Toyota’s Corolla, while sales of the refreshed Accord rose 5.8 percent, cutting the Toyota Camry’s lead almost in half. For August, analysts estimated Honda’s sales climbed 1 percent.

“We’re not doing it with incentives,” but rather with improved models, Honda’s Mendel said. “Great product still wins.”